Tarasenko and Pavelski to Compete for NHL 17 Cover

The two could meet in real life in the Western Conference Final, pending the results of each playing in Game 7’s this week.

American international Pavelski is in his 10th season in the league and this season is having his second-best year statistically. His goals (38) and points (78) totals this year are just short of his career highs of 41 and 79 set in 2013-14. This was his sixth overall and fifth straight season playing every regular season game. His regular season goal and point totals placed him fifth and sixth in the league respectively.

On his road to the final, Tarasenko defeated Victor Hedman and Connor McDavid. Pavelski defeated Anze Kopitar and Jamie Benn in the first two rounds.

Voting opened earlier today and will run until May 16 at 3 p.m. ET. The winner will be revealed at the 2016 NHL Awards in Las Vegas on June 22. The link for voting can be found here. 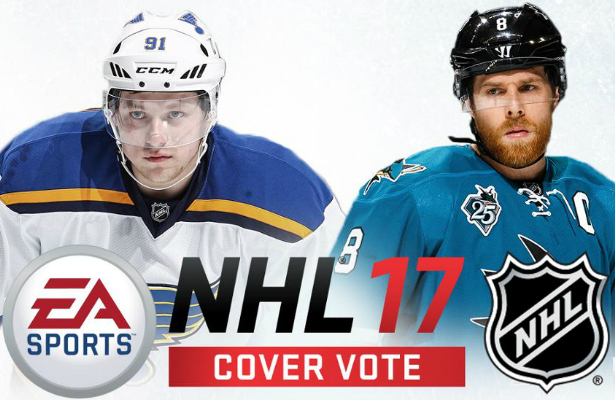