Don't Miss
Home / News / Oilers will be sellers at trade deadline—but who stays and who goes?

Oilers will be sellers at trade deadline—but who stays and who goes? 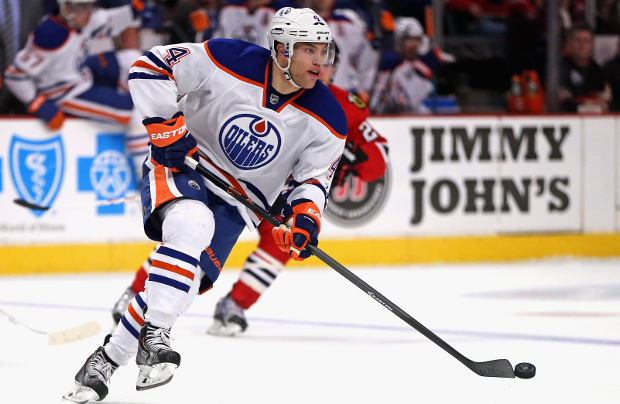 Edmonton Oilers General Manager Peter Chiarelli confirmed that his club will be sellers at the trade deadline, but it’s uncertain just how much he will shake up the core of his team.

“We haven’t been good enough, so there will be changes,” Chiarelli said, according to the official Edmonton Oilers’ Twitter. “We’ve got some players who have underachieved and may need a new venue.”

What’s not apparent is when those changes will come. With the trade deadline just a few short days away, it’s likely that Chiarelli will make a handful of moves. For instance, pending- free agent forward Teddy Purcell is likely on his way out, and defenseman Justin Schultz has also been connected to trade rumors.

When it comes to the team’s core players, like Taylor Hall, Jordan Eberle, Ryan Nugent-Hopkins, and Nail Yakapov, things are less certain. Injuries throughout the season have made it difficult to fully assess his core group of talent to determine what needs to be done either at the trade deadline or in the offseason. Unless the opportunity for a must-have trade presents itself at the deadline, it’s likely that Edmonton’s current core stays in tact—at least through the end of the season.

But the players are already bracing themselves for a shakeup over the summer.

“Everyone has kind of heard that they might or they will (shake up the core),” said Hall. “Certainly nothing is in stone until it happens, but the fact is we’re not where we want to be. If we were closer to a playoff spot, or in one, I don’t think he’d be saying those things. It’s all because we haven’t played the way we can.

“I could be gone, it could be Jordan, it could be Nuge. I don’t know what’s going to happen, but the fact of the matter is that nobody, aside from Connor (McDavid), has played well enough to solidify a spot on this team, and everyone realizes that.”

It wouldn’t be surprising if Chiarelli waited until the NHL Entry Draft in June, a time when teams will be more likely to move a top defenseman or players with size, to make decisions on his core players. At this point, however, all that’s certain is that big changes are on the horizon for the Oilers.