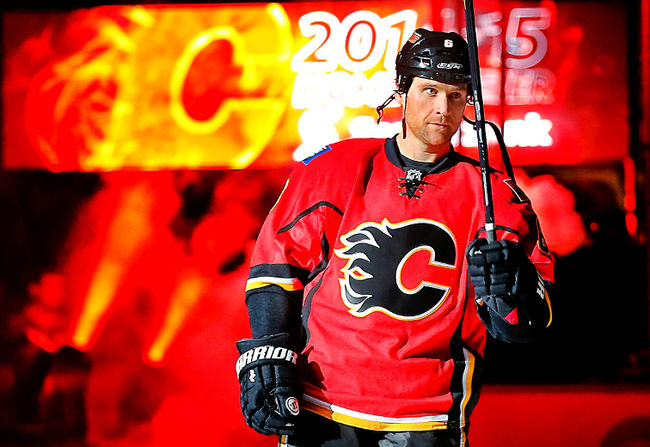 NHL Commissioner Gary Bettman upheld a 20-game suspension for Calgary Flames defenseman Dennis Wideman who knocked down a linesman from behind during a contest against the Nashville Predators on January 27.

The incident in question came during the second period of the game after Wideman was checked hard into the boards by Predators winger Miikka Salomaki. In his appeal of the 20-game suspension, Wideman and the NHL Players Association argued that Wideman had suffered a concussion as a result of the hit by Salomaki, which left Wideman “confused and/or physically incapable of avoiding contact with Mr. Henderson.” The NHLPA argued that, due to the concussion sustained by Wideman, he should have received no discipline “because Mr. Wideman’s conduct was not deliberate and was not the result of any intent to injure.”

Bettman’s ruling stated that the doctors who testified on behalf of Wideman and the NHLPA didn’t examine the player until days after the incident.

“The conclusions expressed by Dr. Comper and Dr. Kutcher were not based on what Mr. Wideman’s capacity actually was at the time in question but about what his condition might have been,” wrote Bettman. “Those conclusions were based on little more than Mr. Wideman’s own subjective report of concussion symptoms that he may or may not have actually experienced.”

Later in his ruling, Bettman pointed out a text message that Wideman had sent to a teammate that seemed to call into question any remorse that Wideman felt for the situation at hand.

“The sincerity of (Wideman’s) apologies rings somewhat hollow given the text message he sent to a teammate on February 2 — after the conclusion of the hearing before (NHL director of hockey operations Colin) Campbell — that ‘[t]he only problem and the only reason I’m here is cause the stupid refs and stupid media,’ ” Bettman wrote.

Wideman and the NHLPA now have the option to appeal Bettman’s decision to a neutral arbitrator. He is currently eligible to return to action on March 4.