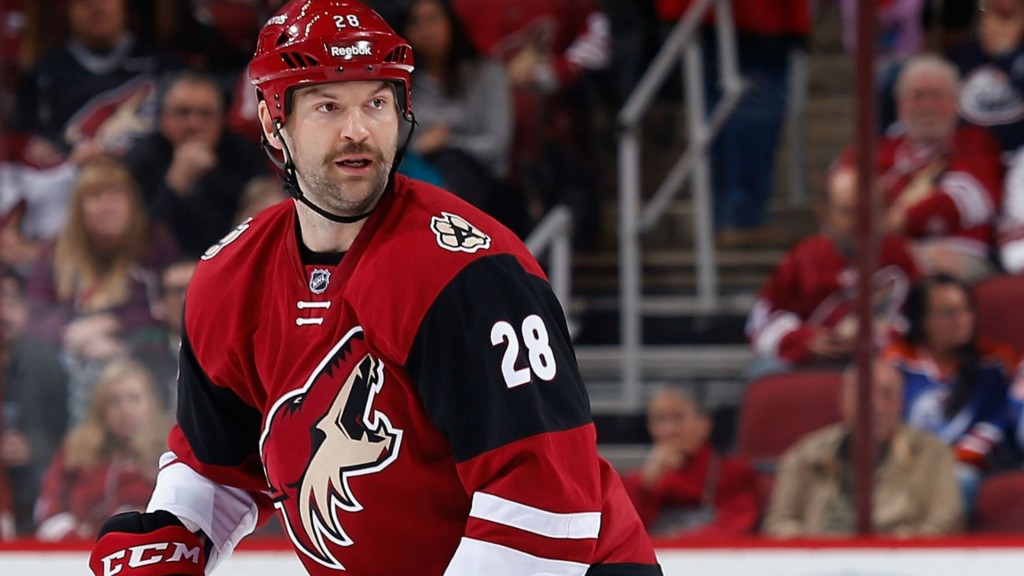 John Scott never thought he’d play in the NHL, let alone in an All Star Game. In fact, while playing college hockey at Michigan Tech and pursuing his engineering degree, Scott figured he’d be sitting in an office at GM by the age of 30 and be “happy as hell about it.”

But that’s not how things went down. Scott got an offer to play in the minors and decided to give it a try. Then he got called up to the NHL, making his debut against the Detroit Red Wings.

“I hopped over the boards for my first shift, and I’m out against Pavel Datsyuk and Nick Lidstrom. That’s a holy shit moment for ya,” said Scott. “That’s a long way from the GM cubicle.”

Scott recalls that night in a new article he penned for The Players’ Tribune, an article that chronicles his journey from a pee-wee hockey player who always used a Sherwood TP-70 stick (because that was Ray Bourque’s stick) to an unlikely NHL All Star.

It’s also an article that provides a very human look at a situation that likely started off as a joke—a small group of fans who thought it would be funny to vote Scott, a man who has never scored more than four points in a single NHL season, into the league’s premier contest of the best players in the league.

It also highlights the league’s blatant attempts to quell the fan vote push to get Scott into the All Star Game by asking him to tell fans to vote for other players, how he was told about his trade from the Phoenix Coyotes to the Montreal Canadiens while he was showing off his All Star Game gloves to his teammates, and how someone from the NHL called him about his participation in the All Star Game and asked him, “Do you think this is something your kids would be proud of?”

…While I may not deserve to be an NHL All-Star, I know I deserve to be the judge of what my kids will — and won’t — be proud of me for…When they see me on the ice on Sunday, will my girls be proud of me? Who knows. I like to think so. But I know they’ll be there for me — for their big, goofy dad — no matter what. They’ll be there, in the stands, cheering me on — wearing their Scott jerseys, and watching me try my best, have some fun and fulfill a dream I’ve had since I was, well, their age.

Scott’s article is incredibly poignant and paints a very human picture of a man who knows he probably doesn’t belong in the All Star Game based on skill alone, but his attitude and professionalism toward not just the event itself, but throughout his entire career, makes him worthy of being an All Star any day.

Check out Scott’s full article, A Guy Like Me, at The Players’ Tribune.