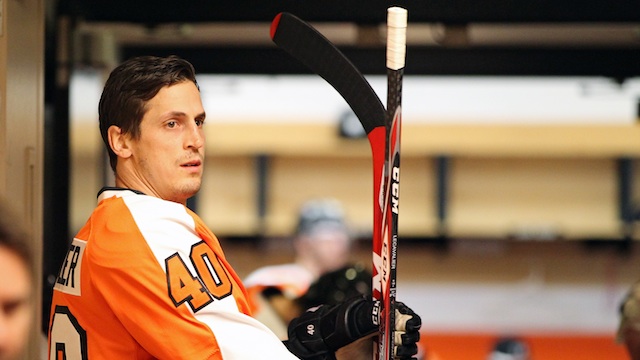 Not long ago, the Montreal Canadiens were second best in the league in goal-scoring with an average of 3.46 goals for per game.

Now they are sixth with an average of 2.84 goals per game.

The team is currently on a six-game losing streak and has gone 1-9-0 over their last 10. During that time, they have been outscored 32-14 by the opposition.

The team’s recent slump and goal scoring woes have prompted rumors that the Canadiens could be in the market for some scoring power in the near future.

Initial reports suggested the team could go after Philadelphia Flyers forward Wayne Simmonds, but the Flyers seem intent on keeping Simmonds on their roster for the time being. But could the Flyers try to send a packaged deal to Montreal that includes aging center Vincent Lecavelier? After all, he is a native of L’Île-Bizard, Quebec—which is about 35 kilometers outside of Montreal. Sam Carchidi of the Philadelphia Inquirer suggests that a package including Lecavalier and goalie Michal Nueverth could be an intriguing one for for Canadiens.

Lecavaleir has just one assist in seven games this season and might not be the goal-scoring help the Canadiens are looking for, however.

The Canucks are reportedly willing to move Radim Vrbata at the trade deadline if they are out of the playoff race. The right wing currently has 10 goals and 18 points in 35 games for Vancouver and could provide some scoring punch for Montreal heading into the playoffs.

michal neuverthMontreal CanadiensVincent Lecavalier
← Previous Story Kings getting close to extending Kopitar
Next Story → Oilers will be sellers at trade deadline—but who stays and who goes?