Ryan Getzlaf out with appendicitis 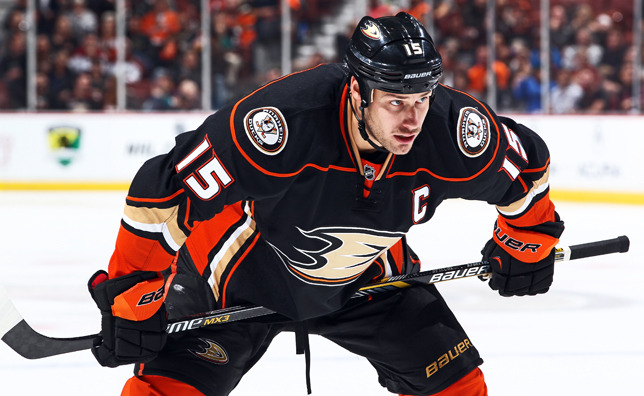 The Anaheim Ducks are on the road tonight taking on the Dallas Stars, but they’ll be missing captain Ryan Getzlaf, who flew back to California to have a non-emergency appendectomy.

According to a statement from the club, Getzlaf, 30, will undergo surgery tomorrow after feeling intermittent discomfort over the past month and a half or so. He’s expected to be out four to 12 days following surgery.

The Ducks have been shut out five times so far this season, and currently carry a 1-5-2 record—putting them 28th in the NHL. The team has largely struggled to score early in the season, with just six goals in eight games. Getzlaf himself has no goals and just one assist on the season.

“We got to be better. There’s no excuse for what we’re doing and what we’re not contributing,” said Getzlaf of himself and teammate Corey Perry, who combined for 58 goals and 125 points last season, after the Ducks’ 5-1 loss to the Nashville Predators last week. “We got to look at each other. Go out and play and compete and lead the way. Do things properly so that other guys know that they have to.”

The Ducks will finish their current road trip Thursday night at St. Louis before heading home to face the Predators on Sunday.