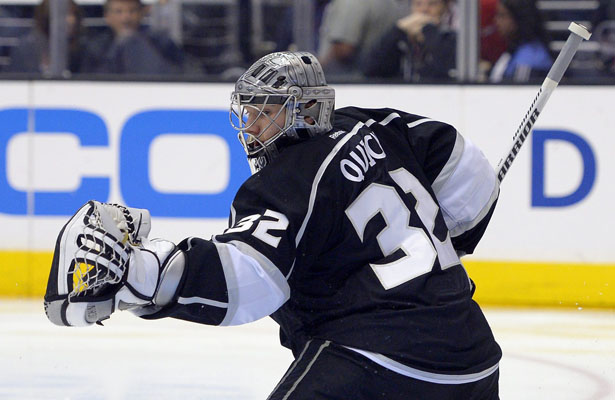 Last season, the Los Angeles Kings narrowly missed sneaking into the playoffs. Their play going down the stretch, finishing 5-4-1, just wasn’t enough to claim one of the final spots in the Western Conference. But the Kings have forgotten about last season, and are already looking to make a run at their third Stanley Cup in the past five years. Will they have what it takes?

The Kings didn’t make a huge splash this offseason in free agency. In fact, their biggest free agency signing came in late August when they agreed to a one year contract with Christian Ehrhoff for $1.5 million. The Kings also signed Jhonas Enroth on a one year deal, as well as defenseman Jamie McBain, and traded for winger Milan Lucic from the Boston Bruins.

Lucic will help the Kings offensively, and a solid season with his new team could see him contribute 25 goals and 30 assists. He will also be a great asset on the power-play. Lucic will be surrounded by several skilled players including Anze Kopitar, Marian Gaborik, Jeff Carter and Dustin Brown. Beyond that, the Kings have a couple of outstanding young players in Tyler Toffoli and Tanner Pearson. The Kings are gifted offensively, and have a tremendous amount of depth, which bodes well for a team looking to make a postseason run.

On the defensive side of things, Drew Doughty is set to lead the charge. Doughty had a terrific season last year, despite the Kings not making the playoffs, and is set on a repeat performance. He will logging big minutes and play against the oppositions best players.

Doughty will be surrounded by Christian Ehrhoff, Jake Muzzin, Alec Martinez, Brayden McNabb, and Matt Greene. Ehrhoff will finally fill the void left by Slava Voynov, but his contribution level remains up in the air. Last season was rough in Pittsburgh, as Ehrhoff battle the injury bug, but a change in location could certainly help him out. He also will not be relied on to be “the guy” as the Kings have a solid unit on the blue line.

Goaltending remains incredibly solid for the Kings as Jonathan Quick returns in net. Quick was a workhorse last season and started 71 games, winning 36 of them. He could see some relief this season with Jhonas Enroth brought in as a backup. Enroth split time last season between the Buffalo Sabres and Dallas Stars. It will be interesting to see how the Kings split time between Quick and Enroth this season.

All things considered, The Kings still have a pretty stacked roster on paper. When you look at the quality and skill level of players on this team, it’s hard to see where they would not make it to the playoffs. The Western Conference is challenging though, especially the Pacific Division with the emergence of the Calgary Flames. With the addition of Lucic and Ehrhoff, the Kings have solidified their roster even more, and should have no trouble competing for a playoff spot, or riding Quick into the playoffs and making a run to the Finals.