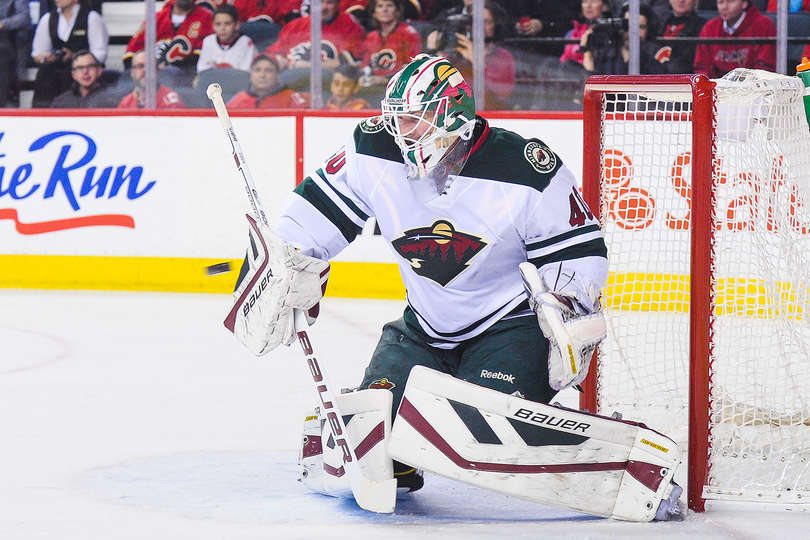 While the Minnesota Wild may have been beaten in four straight games during a second round playoff series against Chicago last season, it was their work done during the first round that left us impressed. The Blackhawks, who would go on to win the Stanley Cup, should have won that series without question. However, the Wild made lasting impressions by defeating the St. Louis Blues in seven games during the opening round.

The Wild made their mark last year in the playoffs through hard work and persistence. It also helped that Devan Dubnyk was playing out of his mind for the Wild. But this Wild team, lead by Zach Parise, epitomizes hard work and grinding. Will they be able to do it again though, and perhaps take a run even further into the playoffs?

Offensively, Parise will continue to lead the charge in Minnesota. He’s a tremendous leader on and off the ice, and is a great example for other Wild players to follow. His primary supporting cast will include Jason Pominville, Tomas Vanek, and of course Mikko Koivu.

Vanek, however, will be looked upon to rebound from a bit of a poor output last season. His 21 goals, 31 assists, and 52 points were good enough for third on the team, but the numbers overall seem to be below what he is capable of.

In addition to their stars, the Wild also re-signed restricted free agent Mikael Granlund in the offseason. They will look for him to continue to build on his output from the previous two seasons. Nino Niederreiter will also be counted on to continue his high output.

Defensively, Ryan Suter is going to continue to lead the charge for the Wild. His supporting cast includes Jonas Brodin, Jared Spurgeon, Marco Scandella, Matt Dumba, and Christian Folin. While there are no other all-star defenseman in the lineup besides Suter, the supporting cast has all developed in the Wild system. They continue to grow together as a unit, and this season will be another year where they can work together and improve as a team.

The Wild went out and resigned Devan Dubnyk to a long term contract back in June, so he will remain the team’s number one goalie. His numbers last year for the Wild were nothing short of spectacular, and he definitely earned his six year, $4.33 million contract. Dubnyk plays well with the Wild’s system, but the pressure is certainly on for him to repeat his efforts from last season. Without his outstanding play, Minnesota may look like a bit of a different team.

There’s a lot riding on the Wild this season, and goaltending will be a big part of that. In order for the Wild to make the postseason, Dubnyk will once again have to play very well. But in order for them to have a chance in the playoffs, Dubnyk will have to stay hot and the rest of the team will have to continue to grind. Some additional defensive help at the trade deadline would be beneficial for a longer run, but don’t be surprised if they try to make due without. In all likelihood, you shouldn’t count on this team making it any further this coming season than they did last season.