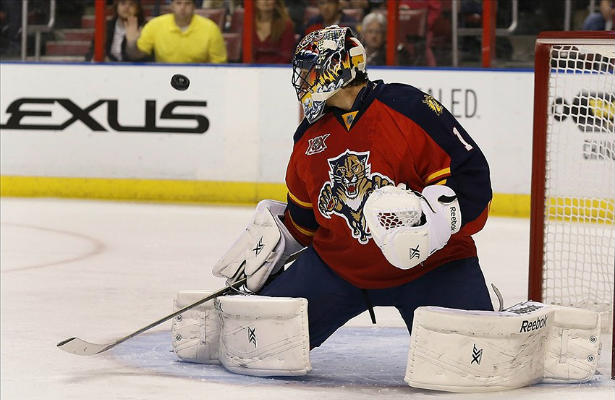 The Florida Panthers finished last season on the outside looking in. They performed better than many expected, but their 91 points left them about four wins shy of a wild card spot in the Eastern Conference. Will they turn things around this season and earn a spot in the playoffs?

Florida chose to remain pretty idle throughout free agency. They resigned many of their restricted free agents, and also added some depth signings for their farm team, but no significant impact signings were made. Instead, the Panthers will rely on building from within to take this team to the next level.

Offensively, the Panthers will rely on Jonathan Huberdeau continuing to develop. He had a career season in 2014-15, and needs to continue to improve for the Panthers. The team will also count on Aleksander Barkov, Nick Bjugstad, and Brandon Pirri to continue to grow and develop.

The Panthers also acquired Reilly Smith from the Boston Bruins this summer. The trade, which saw Jimmy Hayes get sent to Boston, will give Florida another young skilled player to develop with their core.

On the veteran side of things, the Panthers return Jaromir Jagr and Jussi Jokinen. Jagr managed to pick up 18 points in 20 games played with the Panthers after being acquired late last season, and he should see considerable playing time despite his age. Jokinen will add an additional veteran presence which will be important for such a young team.

Defensively, the Panthers will be building around Aaron Ekblad, who had an incredible rookie season. He’ll continue seeing plenty of minutes, and will be supported by Brian Campbell, Dmitry Kulikov, and Willie Mitchell. The Panthers have a decent defensive core at this point.

Between the pipes, Roberto Luongo will once again eat up plenty of time. He started 61 games last season, and should start a similar amount this season as well. Loungo playing well will be a big key to the Panthers having a successful season.

Overall, it’s hard to not see the Panthers improving this season. Their younger players will continue to grow and improve with more experience, and their veterans will help to show them the ropes. But on the other hand, Florida didn’t take many steps to improve their team this offseason and other teams in the East did. So when next April rolls around, it wouldn’t be a surprise to see the Panthers once again sitting four or five wins outside of a playoff spot.