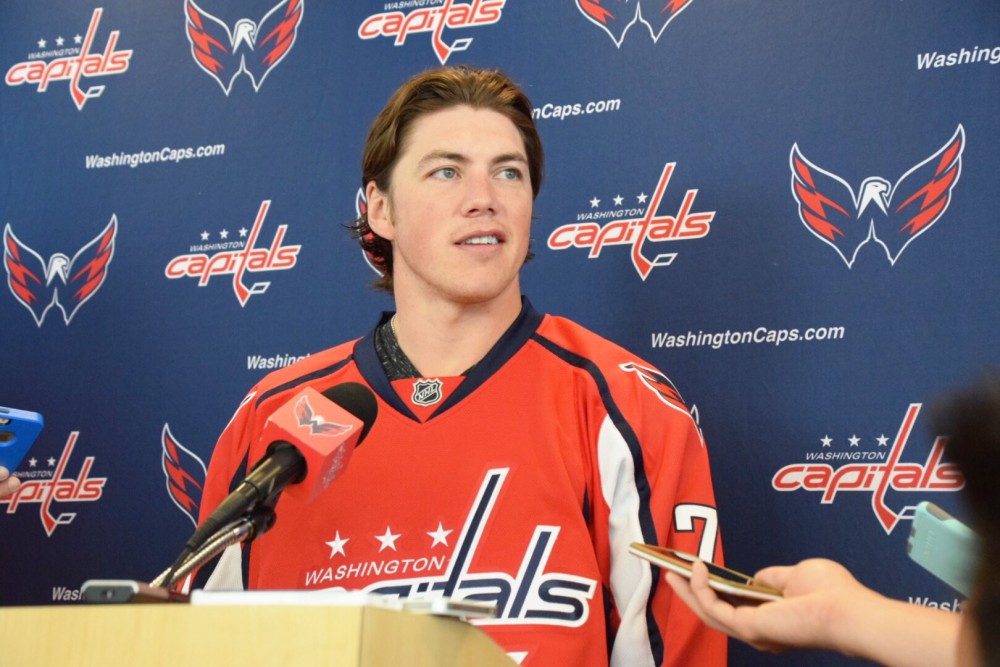 The Washington Capitals have made a number of acquisitions in the past two seasons in an effort to finally get over the hump and reach the Stanley Cup Finals. So far, it has not paid off. However, they are continuing to build and improve, and it might not be long before they get over that hump.

After a game 7 loss against the New York Rangers in Round 2 of the 2015 playoffs, the Capitals once again looked to tweak their roster. The previous additions of Brooks Orpik, Matt Niskanen, and coach Barry Trotz, had helped to round out the team, but they still had work to do.

This past offseason, the Capitals added a couple more stars to their lineup. First, they signed Justin Williams during free agency. Williams won a couple of Stanley Cups with the L.A. Kings recently, and has been known to terrorize the opposition during the playoffs. His added depth and veteran leadership will be a good signing for the Caps.

Next, the Capitals made a trade to acquire T.J. Oshie, star of the St. Louis Blues. While Oshie has never been a prolific scorer, topping out at a career high 60 points in 2013-14, he is a guy who can contribute around 20 goals each season. However, it wouldn’t be a surprise to see his numbers go up this season playing alongside Alex Ovechkin and Nicklas Backstrom.

Adding players like Marcus Johansson and Evgeny Kuznetsov to the list, you see that the Capitals have some solid scoring units. They also have good depth with players like Jay Beagle, Jason Chimera, and Brooks Laich.

On the defensive side of things, the Capitals will return their stars, John Carlson, Karl Alzner, and of course Niskanen and Orpik. Dmitry Orlov should also return to action, following an injury filled 2014-15 season.

Between the pipes, the Capitals will once again have Braden Holtby after making him a very rich man this offseason. His deal as a restricted free agent finally came in at a $6.1 million cap hit for 5 years. While I’m not sure his talents warrant that kind of money, he played well enough last year and the Capitals rewarded him for it. Justin Peters will back up Holtby, but we likely won’t see much of a competition there.

Overall, the Capitals have made some very nice upgrades up front and they still look solid on the defensive side as well. Had it not been for a game 7 loss to the Rangers last season, Washington could have just as likely gone on a run and headed to the finals. With another year of experience under their belts, and the addition of a couple star players, it should be fully expected that they return to that position once again in 2016.