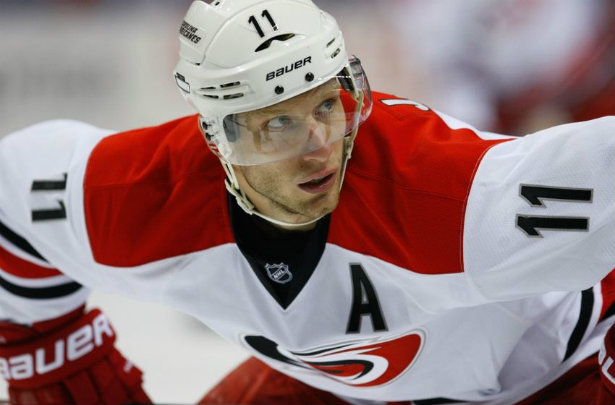 The Carolina Hurricanes had very few things go their way last season. They finished the season as the third worst team in the Eastern Conference, and missed out during the McEichel sweepstakes. But have the proper pieces fallen in place to improve upon that this season?

Offensively, the biggest improvement the Hurricanes will likely see this season is having Jordan Staal healthy. The younger Staal played only 46 games last season and never really got into a rhythm. Being healthy for an entire season will certainly improve the teams offense.

The Hurricanes will also expect an improvement from Eric Staal this season. His production hasn’t been up to par recently, and failure to live up to those expectations again might result in a trade. Jeff Skinner will also be expected to improve after a miserable year last season.

Fortunately, though, the Hurricanes do have a few bright spots offensively. Elias Lindholm has improved with each year he’s spent in the league. After 17 goals and 39 points last season, the Hurricanes are expecting much more. Lindholm delivering on that would be a huge boost for the team. Victor Rask and Chris Terry will also be expected to improve their contributions.

On the defensive side of things, the Hurricanes upgraded their blue line with the addition of James Wisniewski. He’ll be able to help contribute at both even strength and special teams, so his presence will be welcome.

The Hurricanes may also make time for Noah Hanifin to play on the blue line. The #5 overall draft pick in the 2015 NHL Draft is a strong skater and a solid puck moving defenseman. He can contribute offensively as well and has great size at 6-foot-3 and 203 pounds.

Between the pipes, the Hurricanes added Eddie Lack to create an interesting situation. He’s going to compete with Cam Ward for the starting spot, and could very well end up earning it.  Either way, the competition is sure to bring out the best in both goaltenders.

While the Hurricanes have not made any drastic improvements to guarantee a playoff spot, they’ve made some of the right moves to get better. Lack may be the goalie of the future in Carolina, and Hanifin will be running the blue line for years to come. They could use some more depth up front, but the experience will only help some of the young guys on the roster. The upcoming season may not lead anywhere for the Hurricanes, but they will definitely be better than last season.