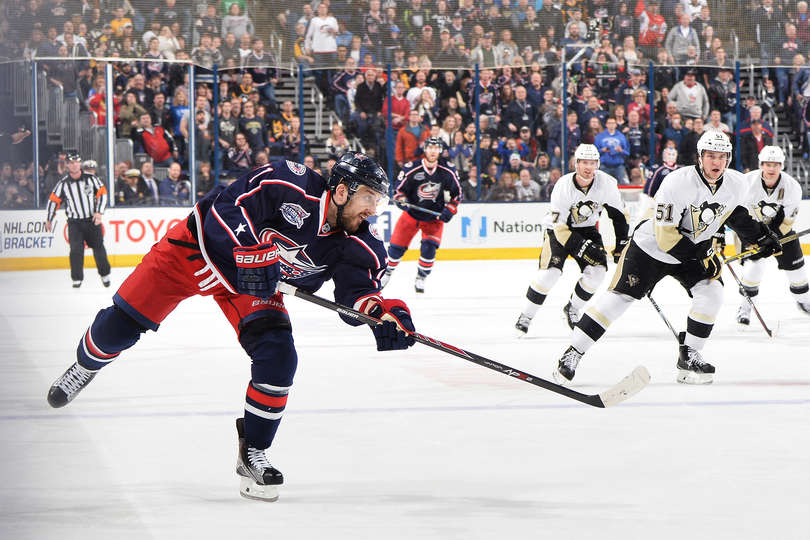 Did you know that the Columbus Blue Jackets finished the 2014-15 season hotter than any other team? Their 9-0-1 record in the final 10 games helped them push for a wild card spot, but in the end, they didn’t play well enough over the other 72 games to earn a playoff spot. But was their hot finish a sign of things to come for the young Jackets squad?

Prior to free agency beginning, the Blue Jackets made huge splash by trading for Brandon Saad, formerly of the Chicago Blackhawks. The Jackets lost Artem Anisimov in the trade, but still came out on top. Days later, they would sign the restricted free agent to a 6 year deal worth an average of $6 million per season.

Saad, who is only 22 years old, played a top six forward role for the Blackhawks. He contributed 23 goals and 52 points to the team last season, and chipped in another 8 playoff goals en route to a Stanley Cup Championship. Saad will become part of the Blue Jackets backbone for years to come, and should see top minutes for the up and coming club.

Saad will be joined by Ryan Johansen, Nick Foligno, Scott Hartnell, and Cam Atkinson as the scoring forwards for the Blue Jackets. They will be complimented by players such as Brandon Dubinsky, David Clarkson, Boone Jenner, and more. The Jackets also have Sonny Milano waiting in the wings if they battle significant injury troubles like last season.

On the defensive side of things, the Jackets appear less than stable. They return Jack Johnson and David Savard to lead the way, and will have the experienced Fedor Tyutin to rely on as well. The remaining defensive corps are a bit less experienced and could be an area the Jackets try to improve up on around the trade deadline.

Fortunately, the man between the pipes in Columbus is Sergei Bobrovsky. Bob has been strong for the Jackets, despite less then stellar teams in front of him. Last season he put up 30 wins on the season, along with a 2.69 goals against average and .918 save percentage. The Jackets will look for Bobrovsky to build upon that success, and it will be crucial he does so for this team to return to the playoffs.

The Eastern Conference has been very competitive, and you can expect the 2015-16 season to be no different. Seeing fewer injuries would definitely help their case, but it would seem that their shot at making the postseason will come down to the wire. If Bobrovsky stays healthy and plays consistent between the pipes, their chances go up a lot. Add Saad to the equation, and I think you have a team who will wind up competing for the wild card once again this year.