Colt Hockey began their rise to fame through a Kickstarter campaign in the fall of 2013. The goal was to engineer a better hockey stick, and that’s exactly what they’ve done. By coating a composite hockey stick in a lightweight nanometal, the Colt stick became one of the most durable on the market. 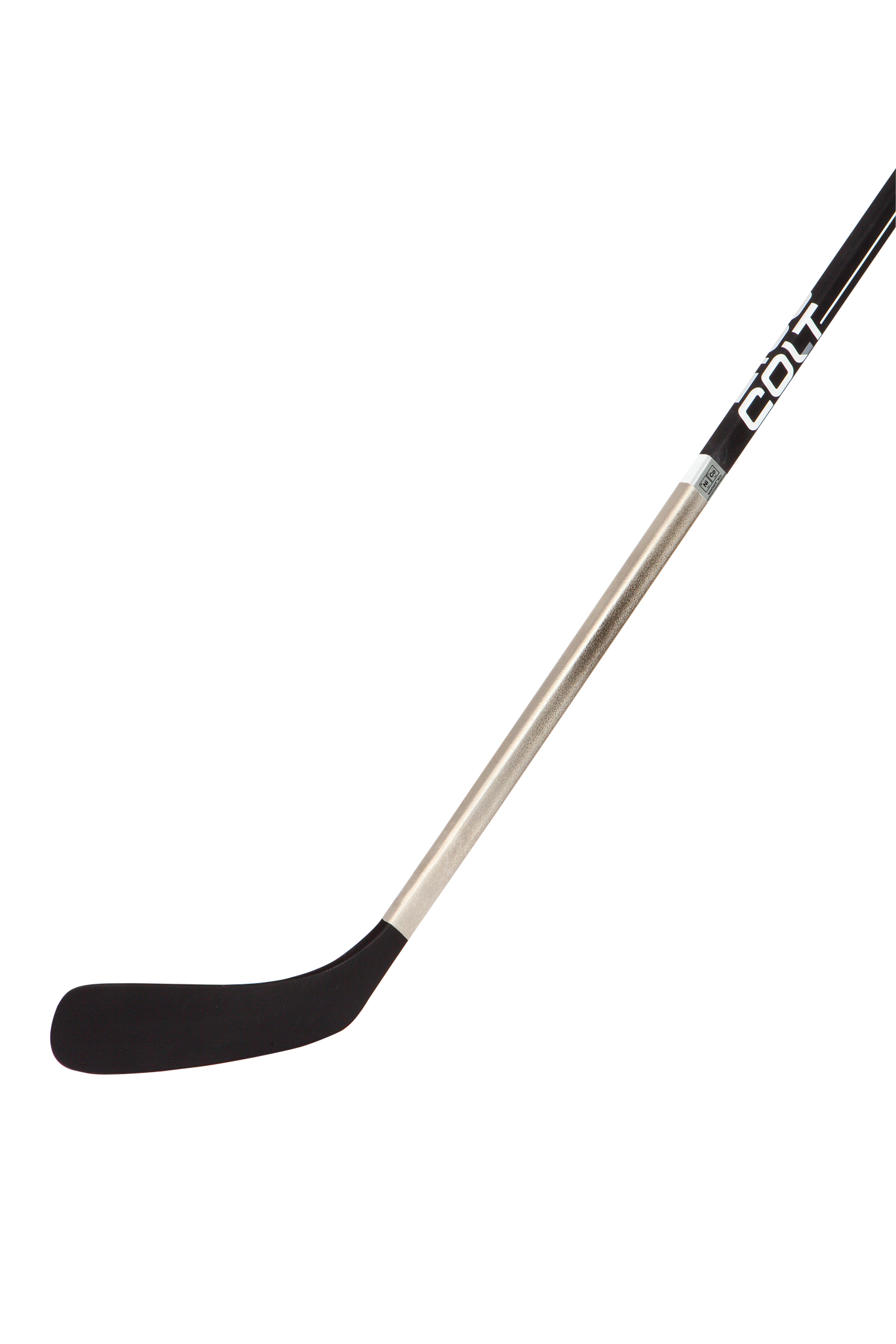 The Colt 2 Raw stick combines the technology which makes the Colt 2 great, and a natural composite blade. Colt partnered with Integran Technologies, a leader in aerospace innovation, to try to solve the durability problem faced by all composite sticks. By applying Integran’s Nanovate Nickel Cobalt solution to a carbon fiber hockey stick, the Colt was created. The result was a stick that would be well protected against the beating sticks take from face-offs, corner battles, slapshots, and everything else that occurs throughout a typical game. With a standard blade though, they hope to offer players the puck feel they would get with composite sticks from other manufacturers.

The Colt 2 Raw does a fine job distinguishing itself from its siblings. With a similar design, they uphold the same brand image, but the difference in color throughout the stick helps you to know that its a different model. Of course, seeing the black composite blade helps make that same determination pretty easy as well.

Similar to the Colt 2, the Raw version is a true one-piece construction. The flex profile varies based on the position of your lower hand, meaning that on slap shots the stick will flex one way, and on snap or wrist shots, it will flex differently. The bottom portion of the Colt 2 is where the NiCo coating is applied, but on this version, it does not include the blade of the stick. The top portion of the stick comes with reinforced composite walls  to increase durability there as well.

This is one of the areas where you will notice the biggest difference in the Raw versus the standard Colt 2.

Colt completed their objective of offering improved puck feel and responsiveness by using the raw blade. The NiCo coating in the lower portion of the shaft adds some extra weight, but it’s been offset by a pretty nice balance. The Raw version weighs in at 460 grams for a senior model, versus the 490 grams on the fully coated Colt 2. The stick generally feels good in your hands, and in my opinion, a bit better than the Colt 2.

Shooting also feels improved on the Colt 2 Raw versus the Colt 2. I think you still get a bit of additional stiffness in the lower portion of the shaft due to the NiCo coating, but it really doesn’t seem too bad.

Having the standard blade really improved the pop on each shot in my opinion. Slap shots took off much better than I felt they did with the Colt 2. Wristers and snap shots saw an improvement as well. Shooting off of the toe on the Raw version feels a lot more natural because you get a better sense for where the puck is at with the standard blade.

There seemed to be no issues with accuracy either. Shots generally headed in the place I wanted them to go with the stray shot here or there that is to be expected. The sticks take getting used to, but after a bit of time they become quite familiar. 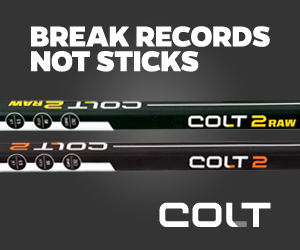 The problem is, quite obviously, the raw and uncoated blade. While purchasing the Raw version of the Colt 2 gives you an improved feel, you’re definitely sacrificing the durability in the blade. In my opinion, if you’re paying the money and want the durability factor, you need to go for the standard Colt 2 with the coated blade. Otherwise, you’re going to be very disappointed with your purchase if the blade breaks quickly – a scenario that occurred with a teammate of mine.

The Colt 2 Raw has been a difficult stick to make a recommendation on, but I think I’ve found a way to do it. If your goal is maximum durability, no matter what, the Raw version is not for you. Instead, you should grab the standard Colt 2. But if you’re looking for that extra durability in the shaft and are okay with the blade eventually giving out on you, I think the Raw takes the cake over its sibling because of the improved feel and performance.

On the other hand, if you’re looking for a stick that is going to give you the best combination of performance and durability, my recommendation would be to try something from another brand. I’m personally having a hard time justifying the price being the exact same between the Colt 2 and Colt 2 Raw sticks when you’re not getting an equal product. One of my favorite sticks right now, the CCM Tacks, is going to up the ante on every single aspect of performance, and do so for $10 less than the Colt 2 Raw. Other brands have a lot more technology going into their sticks and blades in order to improve performance, and I just don’t think that’s something Colt can compete with when offering the Raw version.

If you’re interested in checking out the Colt 2 Raw stick for yourself, you can purchase one from ColtHockey.com.  The Colt 2 Raw is on sale now for $270, and comes with an industry leading 60-day warranty.

Have you used the Colt 2 Raw stick? Leave a comment below with your personal review and experiences with the Colt 2 Raw and let us know what you liked and didn’t like about it!