Who Can Challenge Canada & Sweden at World Jrs? 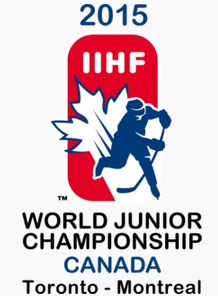 The preliminary round is over at the World Junior Championships taking place in Toronto and Montreal. After the 10 teams played four games apiece, it is evident that Canad and Sweden are the top contenders for the title after going undefeated through the preliminary round. The Canadians are the favorite considering they are playing at home and haven’t won the World Juniors since 2009 when they also hosted the tournament.

Below are a couple teams who could have the best chance to knock off the Canadians or the Swedes in the medal round.

If there’s anyone who wants another crack at Canada in the Gold Medal Game, it’s the US. They just lost to Canada 5-3 in the preliminary round. That game was extremely close until the final minute when Canada scored two empty net goals. If the Americans were able to score in the first half of the game, things could have turned out different.  We’ll have to see if their defense can play just as well in the tournament before we talk about Canada as they are matched up against Russia and potentially Sweden in the medal round.

The Czech Republic hasn’t won a medal since 2005. And they were well on their way to another disappointing result this time around until they posted a 4-1 win over Russia on New Years Eve. They needed overtime to beat Denmark and got beat pretty soundly against Switzerland who is in the relegation round against Germany. Which team will show up against their rivals from Slovakia? I guess we will see Friday evening.

The Russians are the fourth in goal differential behind Canada, Sweden, and the United States. Just like Czech Republic, they have been a Jekyll and Hyde type of team in the tournament. They opened the tournament losing to Denmark 2-0 before coming back to win in a shootout. You’d think they got their act together after beating Switzerland 7-0 but they were soundly beaten by Czech Republic in their last preliminary round. They have the potential to upset United States in the quarters should they come out from the start and play as a team. They have balanced scoring and have shown they can compete with the top teams as they led Sweden for four minutes when they lost 3-2.