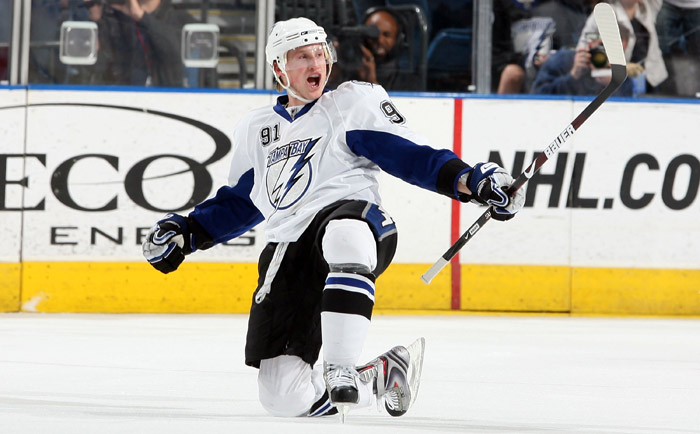 Tampa Bay Lightning general manager Steve Yzerman has been aggressive in his pursuit of building a winner since signing on in 2010. With a third place finish in the Eastern Conference last season, and several notable additions in the offseason, has Yzerman finally found a winning formula to make his team competitive for the Stanley Cup?

Perhaps the biggest story last season for the Lightning wasn’t the loss of sniper Steven Stamkos for half the season to a broken leg, but the emergence of young players like Ondrej Palat and Tyler Johnson—who were both nominees for the Calder Trophy. Both Palat and Johnson were effective contributors for the Lightning, scoring 23 and 24 goals respectively, and both will be looked upon to continue their growth this season.

The duo are expected to be joined by Jonathan Drouin this season, a highly touted prospect who tallied 29 goals and 108 points for the Halifax Mooseheads in the QMJHL last season. Drouin was selected third overall by the Lightning in the 2013 NHL Entry Draft and is already considered an early favorite to win the Calder Trophy.

With Stamkos healthy, and the emergence of Palat and Johnson—in addition to the potential of Drouin, the Lightning seem poised to be an offensive powerhouse in the Eastern Conference.

The additions of Ryan Callahan at the end of last season and Brendan Morrow help provide the team with strong leadership, and, while Ben Bishop emerged as a real number one goalie for Tampa Bay last season with career-best stats, veteran Evgeni Nabokov will help provide stability in net as a seasoned backup.

Tampa Bay finished 11th in the league last season with a 2.55 goals against average—a significant improvement over their 3.06 goals against average a year prior, and the team hopes that the additions of Jason Garrison and Anton Stralman further enhance the defensive capabilities of the blue line.

The Lightning have shown significant improvement under Yzerman’s watch the last few seasons, and the team hopes to continue to move upward in the standards again this year. They will face significant competition from the likes of the Bruins and Penguins in the East, but Yzerman has worked feverishly to address his team’s shortcomings and provide them with the best chance to win.