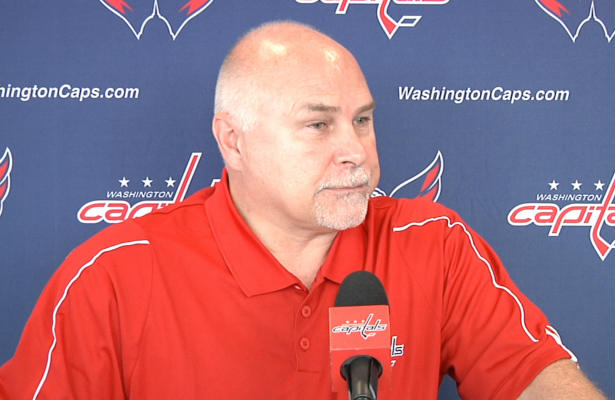 The continued high expectations of the Washington Capitals led to disappointment once again last year as the team failed to qualify for the playoffs. If it is any consolation at this point, it was close, as they finished 9th in the Eastern Conference. The team had high hopes after acquiring Jaroslav Halak at the trade deadline, expecting they would not only make the playoffs, but become a contender as well. Unfortunately, Halak and the Capitals struggled down the stretch. The team finished their final 10 games with a 4-3-3 record, while Halak managed only a 5-4-3 record after being acquired. Neither of those would be good enough to snag the 8th seed in the playoffs.

The Capitals went into the off-season knowing they needed to make some changes. After replacing their coach with Barry Trotz and making a couple of key free agent signings in Matt Niskanen and Brooks Orpik, the Caps are once again looking to not only make the playoffs, but contend for a Stanley Cup.

Up front, the Capitals are going to be missing Mikhail Grabovski and Dustin Penner from last season’s lineup. However, these two losses should prove to not be difference makers over the course of the season. Down the middle, Grabovski will be replaced by the young Evgeny Kuznetsov. While he only played 17 games last season, he should be good for a full 82 this season barring any injuries. Kuznetsov’s numbers were acceptable for those 17 games as well, tallying 3 goals and 9 assists. He needs to improve in the face-off circle this season, however, where he only won 5 of 27 draws last year. Kuznetsov will slide in at a second or third line center though, and should do enough to make folks in Washington forget about losing Grabovski.

Of course the offense will be lead by Alex Ovechkin and Nicklas Backstrom once again this year, but they’re going to need to be more defensively responsible after earning a combined -55 plus/minus rating last season. Ovechkin’s controller unplugged meme comes to mind here, and that top line will need to be more disciplined if this team is going to win.

Barry Trotz, the new head coach in town, will definitely help improve this offense by making them more defensive minded. Coaches have tried it in the past with this group, but it’s in Trotz’s system to be defensively responsible. His teams in Nashville were always sound on defense, but lacked the offensive firepower to compete. Throw in some of the offensive stars that the Capitals have, and I think you’ve found yourself a very good team. Only time will tell though if Ovechkin, Backstrom, Johansson, etc., are willing to buy into the system in order to win games.

On the defensive side of things is where Washington will see its biggest upgrades. They signed both Matt Niskanen and Brooks Orpik to monster contracts in the off-season, and are certainly expecting a lot out of them. They will team up with John Carlson and Karl Alzner to form a great top four defensive corps. Your last two defenseman are looking to be Mike Green and Dmitry Orlov, with Green seeing time on the power-play as well.

The group as a whole should continue to develop their craft under Trotz this season. He has helped to develop stars such as Shea Weber and Ryan Suter in the past, and there’s no reason to not believe that he can turn this defensive unit into something special.

The possibility  still exists, however, that Mike Green becomes trade bait before too long. His right-handed shot is highly coveted by many NHL teams currently, and he has already been rumored to be on the trading block. Green is currently the highest paid defenseman on the team, and relegating someone like that to minimal ice time is not really something you shoot for as a GM. Since Green is a free agent next summer, Capitals management might wait to see how he produces during the season before working out a trade. If he becomes a crucial part of their team once again, it may be wise to hang on to his contract through the playoffs and let him walk away next summer.

Braden Holtby appears to be pegged to see the majority of ice time between the pipes this upcoming season. The newly acquired Justin Peters should make a formidable backup option, though.

The Capitals decided that they no longer wanted to Michal Neuvirth to be a part of their future when they traded him away for Jaroslav Halak. As it would turn out, however, Halak was not the answer either. Holtby played in 48 games last season, starting 45, and should see similar numbers once again this year. If he does not impress from the get-go however, Peters will have an opportunity to take his place in net.

With Trotz behind the bench working his system, one can only assume that the play of the goaltenders will improve as well. It’s a defensive system, and the outcome should look good for both Holtby and Peters. Add in the new defenseman and there’s no reason to believe that Holtby can’t improve on last seasons .915 save percentage and especially his 2.85 goals against average.

Let’s be honest, while this Washington Capitals team has Alex Ovechkin and Nicklas Backstrom on their roster, they are going to be expected to make an impact and be Stanley Cup contenders. Barry Trotz was brought in this season to turn this team around and help them to stop underachieving. He definitely has his work cut out for him, and it ultimately appears that the fate of the Caps season will rest on how well they adopt his system.

As the season wears on, expect Trotz and the Capitals staff to look for areas where they have shortcomings, and use Mike Green as trade bait to help eliminate that deficiency. I would be surprised if Green sticks around past the trade deadline, but stranger things have happened. However, in a sluggish Eastern Conference, the Capitals have a solid team which should have no issues making the playoffs this season.