Could Ville Leino return to the Flyers? 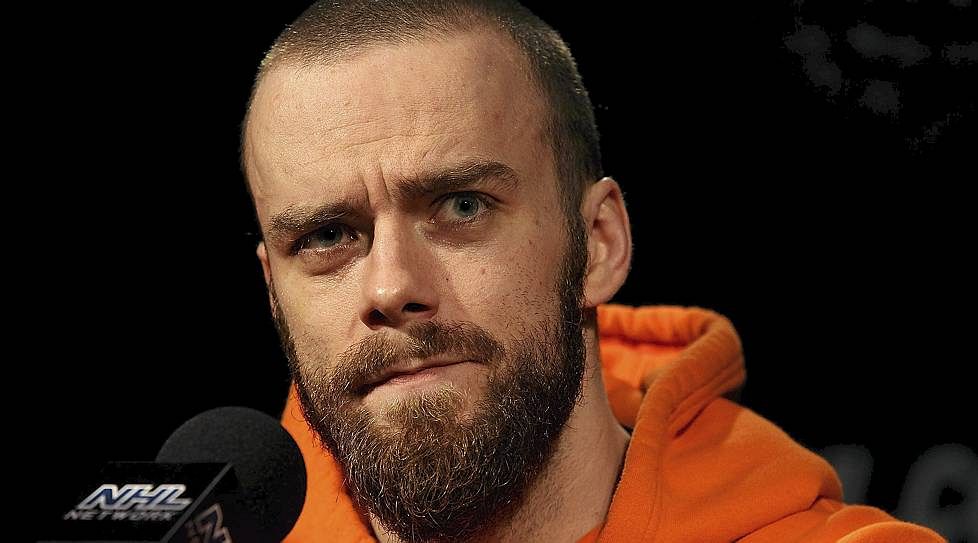 The Buffalo Sabres certainly banked on getting more for their money when they signed free agent forward Ville Leino to a six-year, $27 million contract in 2011.

Things didn’t quite pan out how the Sabres hoped.

Coming off a strong season with the Flyers where he netted 19 goals and added 34 assists for a career high 53 points, Leino was a highly touted free agent who appeared to have a strong offensive upside. However, Leino followed his career-high campaign with a lackluster effort for the Sabres where he only managed 25 points in 71 games. Although he was limited to just eight games in 2012-13, he did manage six points. But things looked bleak again last season with Leino failing to score a single goal in 58 games – prompting the Sabres to use one of their compliance buyouts on the enigmatic forward.

Now, with the free agent frenzy well behind us, Leino remains unsigned with few prospects.

Rumors have surfaced that the Philadelphia Flyers could take a chance on Leino in hopes that he revives his career in the place that he first made a name for himself.

Unfortunately, the Flyers don’t have much in the way of salary cap to work with. The team is currently over the cap, although putting defenseman Chris Pronger on long term injured reserve will help free up some space. But anything over roughly $1 million for Leino would not only be overpaying him for his services, but could hinder the Flyers as the manage their cap space.

At this point, the Flyers could probably convince Leino to take a one-year contract, prove himself and get the bigger payday and longer term next summer. If the team can get him for a bargain, the risk is low with a potentially high upside if Leino finds his stride again. And the chance of Leino finding success with the Flyers is much higher than it ever was with the Sabres last season.

While former Philadelphia linemates Daniel Briere and Scott Hartnell are no longer with the team, guys like Claude Giroux and Vincent Lecavalier could certainly help Leino find his scoring touch again. Leino can be a difference maker with the right linemates, but asking him to carry the torch in Buffalo was a mistake.

Supposedly the Ducks and Islanders are also interested in Leino if the price is right. Both teams have the cap space, but as it is the Islanders may not have the roster space to bring Leino on board. The Ducks could use another forward to add depth to the lineup, and Leino could emerge as a complementary element to the talent they boast on the top two lines. If nothing else, he would be a low-risk signing with a high offensive upside if they can get him cheap. If he doesn’t find his scoring touch, he becomes a depth player with NHL experience.