After being let go by the Vancouver Canucks today after just one season behind the bench, coach John Tortorella could be a hot commodity this off season for teams looking to make a change.

Both the Washington Capitals and Nashville Predators are in the hunt for a new coach. The Predators relieved longtime head coach Barry Trotz, who spent 15 years behind the bench with the team and was nominated for the Jack Adams trophy in 2010, shortly after the team’s season ended early last month with the Predators failing to make the playoffs for the second year in a row. Subsequently, Trotz could be a leading candidate to replace Tortorella in Vancouver.

The Washington Capitals made two big management changes after the team failed to qualify for the playoffs. Shortly after the season ended, the team announced that General manager George McPhee would not have his contract renewed, and head coach Adam Oates, who had just completed his first full season as head coach of the Capitals, would be relieved of his duties. The moves were a clear sign that change is needed in Washington and that McPhee and Oates were not the right people for the job.

Known for his fiery attitude and his commitment to a defensive style of hockey and shot-blocking, Tortorella would probably be a good fit for Nashville. The team lacks the powerhouse forwards capable of scoring 80+ points a season. Under Trotz, they relied on defensive ability and strong goaltending more than offensive prowess. However, Tortorella’s style might just be more of the same. Nashville management will likely want to go in a new direction, otherwise they would have kept Trotz behind the bench.

For Washington, however, perhaps Tortorella is the type of jolt the teams needs. They were 21st in the league in goals against per game, and 27th in shots against per game this past season. In recent years, the team has seemingly struggled defensively, and Tortorella could help turn that around. In his lone season with Vancouver, he was a strong advocate of defensive play and shot blocking, and often used stars Henrik and Daniel Sedin on the penalty kill – a role otherwise unfamiliar to them under other coaches. A former Stanley Cup champion, Tortorella has the killer instinct that the Capitals lack, and could help turn the team into champions.

If Tortorella was brought on to coach the Capitals, it would be interesting to see how his defensive approach would go over with star players like Alexander Ovechkin. In 2011-12, Ovechkin clashed with head coach Dale Hunter, who also preached a defensive style of play.

Former Tampa Bay Lightning coach Guy Boucher will likely get consideration for the jobs in Washington, Nashville and Vancouver as well. But if management in Washington is keen on winning a championship, Tortorella has the experience and just might be what they need to turn their ship around. 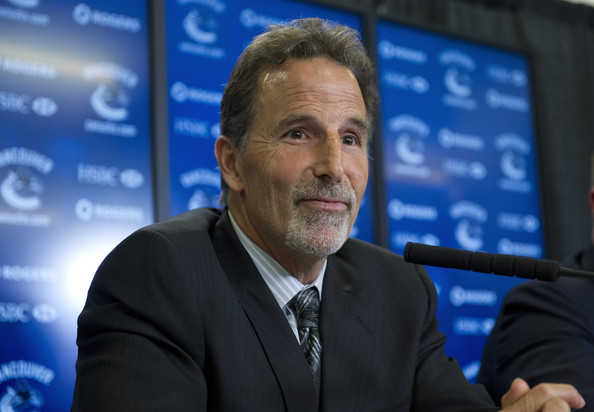