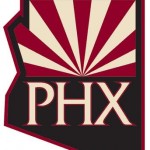 Beginning this summer, the Phoenix Coyotes will now be known as the Arizona Coyotes. Taking  a page from what the NFL franchise did 20 years ago, the hockey team has decided to re-brand themselves to be more recognizable to the entire state of Arizona instead of just the city of Phoenix. And just like the Cardinals, the Coyotes don’t even play in the city of Phoenix. As a matter of fact the Cardinals never played in Phoenix, having played in Tempe, Ariz. from 1988-2005.

The announcement was made Wednesday by the club Co-Owner, President and CEO Anthony LeBlanc. LeBlanc went on to say  in a press release “Becoming the Arizona Coyotes makes sense for us since we play our games in Glendale and the city is such a great partner of ours. We also want to be recognized as not just the hockey team for Glendale or Phoenix, but the team for the entire state of Arizona and the Southwest. We hope that the name ‘Arizona’ will encourage more fans from all over the state, not just the valley, to embrace and support our team.”

The club colors, logo, and uniforms will not change. What will change though is a new shoulder patch will be added to the home and away uniforms. That patch will be unveiled before the start of the preseason this fall.

The last team to make a similar name change was in 2006 when the Ducks changed names to Anaheim Ducks from Mighty Ducks of Anaheim.

The former Winnipeg Jets moved to the desert in 1996. They played home games in downtown Phoenix until 2003, when they moved to their current home in Glendale, Ariz. They currently have a 25-18-10 record, their 60 points has them ninth in the Western conference and three points behind Vancouver for the final playoff spot.