Update: The Bauer Supreme Total One MX3 Skates are now available for pre-order at Ice Warehouse! Click here to pre-order your pair today!

Next spring, Bauer will be making their regular update to the Supreme line of skates. Expected in late April, the Bauer Supreme MX3 skates will be the replacement for the Total One NXG.

The pictures of the Bauer Supreme MX3 skates below show that Bauer has refined their top of the line Supreme skate even further. Gone is the Tuuk Lightspeed 2 holder. It has been replaced by the Tuuk Lightspeed Edge holder, which was first seen on the APX 2 skates. This holder has the trigger system allowing blades to be replaced quickly. The Bauer MX3 skates will feature the injected stability lacing system as well, which also made its debut on the APX 2 skates.

The MX3 boot itself has a sharp new design, incorporating black with a bit of gray and some small gold accents. The total edge comfort is now white instead of the black on previous Supreme skates. To go along with that, Bauer seems to have modified the inside of the MX3 skates quite a bit. The new hydra max liner looks incredibly soft and comfortable, improving on an already great design.

As previously mentioned, we expect the new Bauer Supreme Total One MX3 skates to arrive to retail stores in late April. Check out the pictures below of the new Bauer MX3 skates and drop us a note in the comments with your thoughts! Will you be picking up these skates, or something else from the new Supreme line, when they are released in 2014? 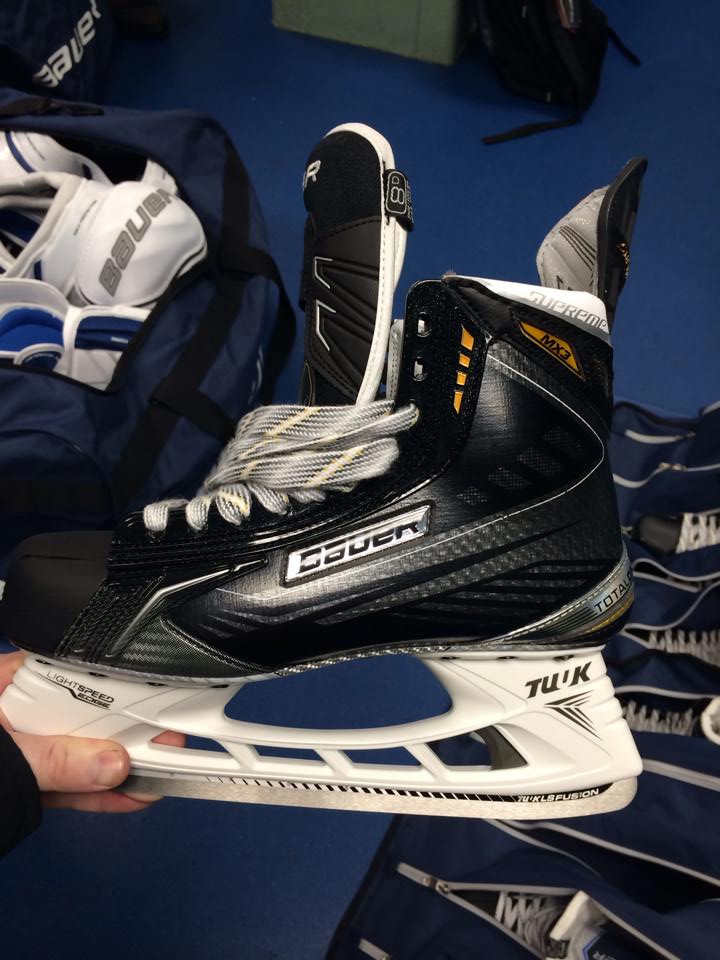 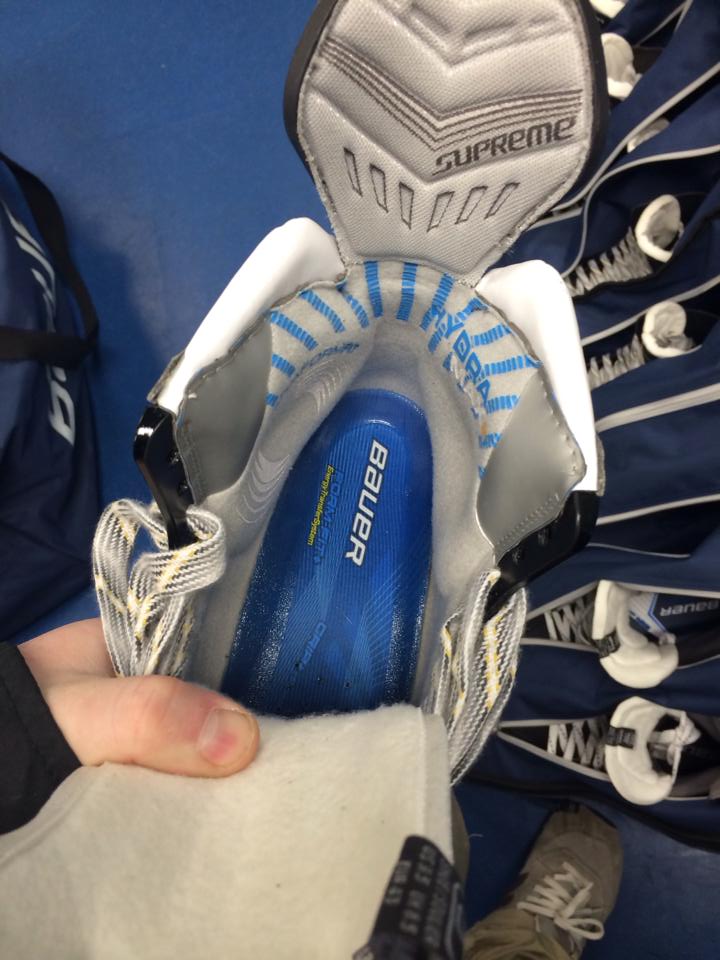