Friday seen a lot of coaching transactions in the NHL. In case you were outside celebrating summer solstice, here’s a recap of what happened:

What wasn’t good enough for one team is apparently good enough for another. With New York Rangers already hiring Alain Vigneault, it appears that his former employer in Vancouver is set to hire the man he is replacing. Various media reports state the Canucks have offered their head coaching job to John Tortorella. Canucks general manager Mike Gillis was on sports radio in Vancouver on Friday and wouldn’t confirm that Tortorella was the team’s new coach but indicated he was a strong candidate. Tortorella was seen flying from Denver to Vancouver Friday afternoon. One would believe that he isn’t flying in for another interview but rather to finalize his offer in preparation for a Monday press conference to make it formal.

Vigneault should thrive in New York, as his style of hockey is what GM Glen Sather is looking for. Sather is looking for some with more of a puck possession style versus the dump-and-chase style Tortorella employed while in New York. It’s no surprise Torts is a finalist for the Vancouver job as that style is what Gillis believes the landscape of hockey is starting to trend towards. 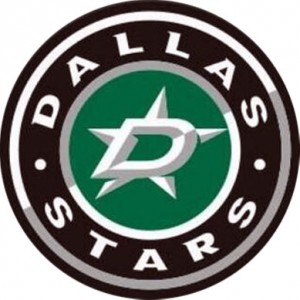 Along with a new logo, the Stars will enter next season with a new GM and head coach with Friday’s announcement of Lindy Ruff as head coach.

After 14-plus seasons in Buffalo, Lindy Ruff has agreed to terms with the Dallas Stars. The final call when it came to hiring Ruff wasn’t by Stars president and CEO Jim Lites but rather new GM Jim Nill. “One of the trademarks of successful organizations is their ability to have continuity and stability for an extended period of time,” said Nill in a statement issued by the team. “It is clear from Lindy’s record, and from our own conversations, that we have found the right person to provide that stability and lead this club to the next level. His steady hand and experience will prove invaluable in returning our team as a top-tier contender in the NHL.”

In Ruff’s eight postseason appearances, he has earned a 57-44 record, which is tied for the 15th-most playoff victories in NHL history. He is also one of only 21 all-time head coaches to guide his team through at least 100 postseason contests. Ruff guided the Sabres to four Eastern conference final appearances. In his only Stanley Cup Final appearance with the Sabres, he lost to the Stars in six games in 1999.

The main thing the Stars want in a head coach is stability. The club has missed the playoffs the past five seasons while employing three different head coaches, Dave Tippet, Marc Crawford, and Glen Gulutzan.

Coyotes and Tippett Agree on Extension

If you want to get technical, Tippett is without a permanent owner and not really a place to call home by the time his contract expires. But he was able to put those aside when he signed an extension with the Phoenix franchise. They are still owned by the NHL and the deal is contingent on whomever buys the team. It was a good choice by GM Don Maloney, as Tippet was on the shortlist of many teams in the league.

“Elite coaching is required to win on a consistent basis and Dave is one of the best at his job in today’s game. His work ethic, attention to detail, communicative skills and patience make him an ideal fit with our group as we work to build a franchise capable of winning the Stanley Cup,” Maloney said in a statement.