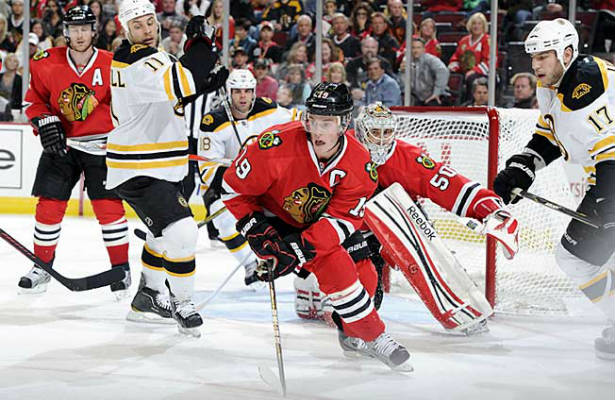 The following is a guest post from Dave MacKenzie who currently plays college club hockey. Originally from Massachusetts  Dave has played hockey since age two, and has won state and national championships. To submit your own guest post, visit our contact page.

59. 59 saves and it wasn’t enough. Tuukka Rask, the goaltender of the Boston Bruins made 59 saves in his Stanley Cup Finals debut. A game that went into a third overtime period and by games end was the 5th longest in NHL history. As a hockey fan, if you were watching, then you watched an incredible game between two skilled teams.

The Blackhawks ran away with the President’s Trophy from game one of the shortened season, or so it seemed, and the Bruins who controlled their own destiny headed into the last week of the season, managed to finish 4th in the East. The Hawks had some trouble making it to the cup finals by a formidable Detroit team which has never missed the playoffs in my life (I am 21 and they have made it the last 22 seasons). They also knocked off the defending champs the LA Kings to return to the finals for the second time in the last three seasons. The Bruins had to go to game 7 against division rival the Toronto Maple Leafs in round one, and then walked through the New York Rangers with relative easy. To win the East they had to beat the Pittsburgh Penguins, a star studded roster who was suppose to breeze their way to the cup finals. The Bruins managed a sweep to face the Hawks for the cup. The 2010 winners (Hawks) vs the 2011 winners (Bruins). What a series it will be.

Game one as I mentioned took almost 2 full games to declare a winner. The losing goalie finished with 59 saves. If that doesn’t show how hard both teams fought, then I am not sure what does.

This series will be one for the record books folks, mark my words. If you like hockey you already know that, if you are indifferent, well I am confident in saying you will be hooked after watching these two proud original six franchises battle it out for the greatest trophy in sports.