With the second overall draft pick in the 2013 NHL Entry Draft, the Florida Panthers want a player who can contribute to their roster right away.

“We’re going to be a young team,’’ Panthers GM Dale Tallon said. “It’s going to be a necessary part of our puzzle moving forward. I would hope the guy we select can play for us next year.’ 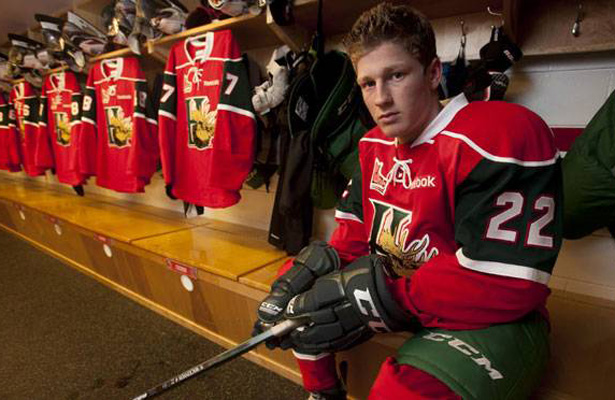 Despite finishing dead last in the Eastern Conference with a meager 36 points, the Panthers had a few bright spots on an otherwise washed out season. Mainly, 19-year-old Jonathan Huberdeau emerged as an offensive force for the team this season, finishing second in points with 31 in 48 games – including 14 goals. The highly touted rookie previously played for the Saint John Sea Dogs of the QMJHL, where he posted 72 points in 37 games last season and 105 points in 67 games the season before.

The Panthers will have four of the first 98 picks this year, including the second overall. The possibility does exist that Tallon trades away some of his draft picks, but with the quality of talent high atop the draft charts, it’s unlikely he deals away the second pick unless the return is incredibly juicy.

There is a lot of speculation that the Colorado Avalanche, who have the first overall pick, will address their pressing need for defensive depth by picking Seth Jones. If that happens, that would leave Nathan MacKinnon, who is widely viewed by the Panthers is the most NHL-ready player in the draft, available for the Panthers to select.

MacKinnon finished last season with 75 points in 44 games, and then added another 13 points for the Halifax Mooseheads en route to their first Memorial Cup title.

“We have four picks in the top 97, so we feel we’re going to get four really good players and really fix our depth chart,’’ Tallon said.

The Tampa Bay Lightning will pick third overall, with Nashville and Carolina rounding out the top five. In addition to the second overall pick, Florida will pick at 31, 92 and 98 in this year’s draft, which takes place June 30, 2013 at the Prudential Center in Newark, New Jersey.