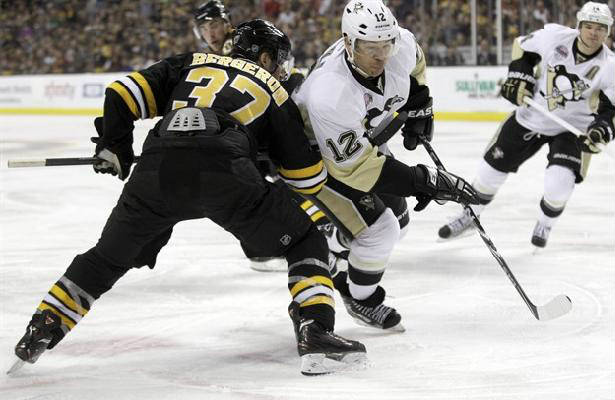 The dream series is finally here. The Boston Bruins and the Pittsburgh Penguins will meet in the Eastern Conference Finals for the 3rd time. Pittsburgh won the last 2 when they won back to back Stanley Cups in 1991 and 1992 with Lemeiux, Jagr, and Recchi. Now they have another star player named Sidney Crosby who will try to send the Penguins back to the Stanley Cup Final for the first time since 2009 when they won the cup.

One of the biggest matchups in this series will be the top Penguins forwards vs the young Bruins Defense. The Bruins defense has played outstanding these playoffs without Seindenburg and Ference, 2 of their best defensemen. Young defensemen such as Torey Krug, and Matt Barthkowski now have their biggest challenge ever. They must stop the likes of Evgeni Malkin, Sidney Crosby, James Neal, and Jarome Iginla. These are some of the top players in the league right now and they post a huge threat to this defense.

In my opinion, this will be a series to remember forever. Consol Energy Center will be rocking like its 2009, the last time they made the Conference Finals. Let’s hope that the Pens come to play and win.