The San Jose Sharks were pushed to the brink of elimination Thursday night after suffering a 3-0 defeat at the hands of the Los Angeles Kings to go down 3-2 in the best-of-seven series. After the recent firing of Vancouver Canucks head coach Alain Vigneault after an early playoff exit, fans have to wonder how the Sharks will shake up their roster this offseason if they lose out to the Kings. 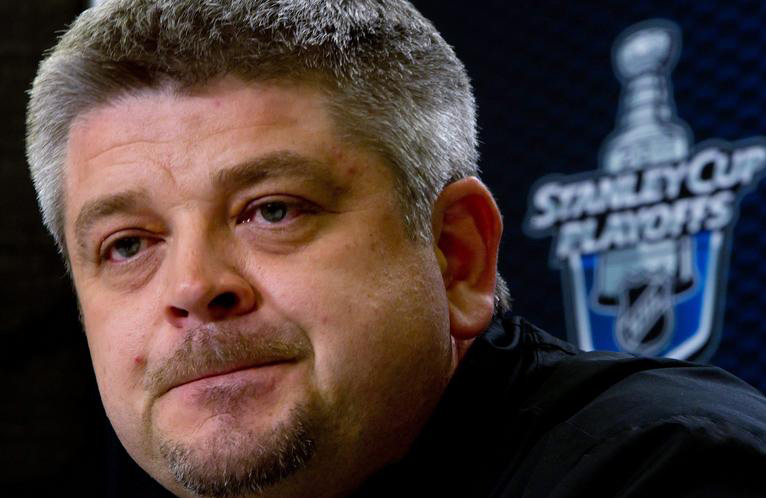 If the Sharks do succumb to the Kings, like Vigneault, it could be head coach Todd McClellan who takes the fall this time around.

McLellan was named head coach of the Sharks in 2008 after winning a Stanley Cup as an assistant coach with the Detroit Red Wings. Since joining the organization, McLellan has amassed 202 wins and 92 losses, making the playoffs in each of his five seasons as head coach and finishing first in the Pacific Division in three of those seasons.

While you could argue that some of the blame lies with players like Patrick Marleau and Joe Thornton, who only have three points apiece in the series, both players, along with Joe Pavelski and Logan Couture, are all scoring at better points-per-game paces during the postseason than they did during the regular season.

Is it just that the message isn’t getting through to the players any longer from the coach?

Even if the Sharks lose, and if McClellan does end up getting chopped, he may not be the only significant change that the team makes this offseason. With the salary cap lowering to $64.3 million next season, the Sharks may need to cut some payroll. They already have close to $56 million tied up for next season in 15 players, leaving roughly $8 million to sign an additional 10.

The Sharks could choose to exercise their compliance buyouts to become cap compliant. With a cap hit of $5 million through 2014-15, Martin Havlat, who tallied 18 points in 40 regular season games and has only played in two playoff games, is almost certainly a goner. But with the emergence of Logan Couture, who leads the team with 11 points in nine postseason games, as an offensive heavyweight for the team, could the team attempt to trade or buy out longtime staples like Marleau or Thornton?

The Sharks have managed to remain competitive for several seasons, but they always seem to be lacking that critical element to make it over the hump, to make it to the Stanley Cup Finals and compete for a shot at the Stanley Cup. As Alain Vigneault found out, after a while, staying competitive just isn’t enough. And if the Sharks do lose to the Kings, Todd McClellan could be the first to go.

But he shouldn’t be the last.