What a week for the Canadiens. They were atop of last week’s rankings and now they are out of the Power 5. However, they did clinch a playoff birth last week. It’s good to see the Habs back in the playoffs after finishing among the worse teams in the league last year. You can already pencil in Michel Therrien as a Jack Adams Award candiate, despite the stiff competition from the rival coach of the blue team in Toronto.

There could have been at least three other teams that deserved to be ranked this week. Just because Los Angeles, San Jose, and Montreal didn’t make the Power 5 this week doesn’t mean you should sleep on them. Teams are starting to come together at the right time of the year as the playoffs are right around the corner. And because of the shortened season, there will be more teams in contention for playoff spots the final week of the season than we have seen in recent memory. 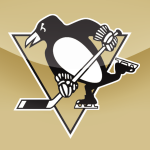 1. Pittsburgh (LW: 3)- It was a tough call between the Pens and the Blackhawks for the top spot this week. Since ending the undefeated March streak with losses to Buffalo and New York, they have won four straight. Has anyone else noticed their star players have not played many games together since acquiring Jarome Iginla? It’s like when one player returns another is injured. Just imagine how well they will play once everyone is back healthy. This week they have three of four games against teams currently in the top-8. These tough games could keep them out of the President’s Trophy race with Chicago.

2. Chicago (LW: 2)- Chicago has been on a roll since the calendar turned April. They have earned 15 of 16 possible points in the month to keep their chances of securing home ice advantage in the playoffs alive. That’s just about all they have left to play for, and they aren’t taking their foot off the gas pedal. They have three days off this week before hosting Nashville and Phoenix over the weekend. After that will be a quick turn around as they fly to western Canada for games next week.

3. Washington (LW: 5)- Welcome to the Top 5 Washington. It’s so nice to meet you. We have been expecting you for a while but better late than never. On St. Patrick’s Day a month ago they had 23 points were in competition with Florida for the worse record in the league. Now they are riding a seven-game winning streak, leading the division and could be the No. 3 seed if the season ended today. I don’t think anyone wants to play the Capitals in the playoffs if they keep playing this way. This week they have tough games against current playoff qualifiers Toronto, Montreal, and Ottawa

4. Toronto (LW: NR)- It was tough placing the Leafs this high but their play as of late has justified the No. 4 position. They have earned 16 points in their last 10 games and are very close to securing their first playoff birth in nine years. It’s been a long time coming for the suffering Toronto fans, meaning they will make Air Canada Centre a difficult place to play in the playoffs. Should they be paired with rivals Montreal or Boston, it could be the must-see series of the first round.

5. New York Islanders (LW: NR)- On March 22, the Islanders were three points out of a playoff spot. Since then they are earning points however they can. They haven’t lost in regulation to a team not named the Pittsburgh Penguins since March 21. That’s what the playoff chase is about; earning points by any means necessary. They currently sit in the No. 7 spot, but they have their last five games on the road after their home finale against Florida. If they continue to play solid defense, they could sneak in and grab one of the last playoff spots.