Days of the Buffalo Sabres’ Lives 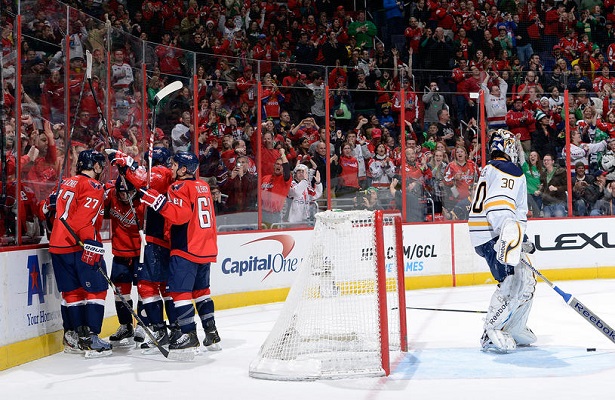 A season plagued with disappointments, the Buffalo Sabres seem to be turning into a soap opera.

The most recent drama revolves around netminder Ryan Miller’s response to comments made by forward Patrick Kaleta.

For most, Kaleta was unknown until after being suspended for boarding New York Ranger’s Brad Richards. Serving his five-game suspension, Kaleta was unhappy with the Sabres’ decision to make him a healthy scratch on Sunday against the Washington Capitals.

“I’m pissed off. I want to play,” Kaleta told the Buffalo News prior to Sunday’s game. “And especially after watching some things, sitting there watching the game, I want to play. …I guess they don’t need me right now I guess.”

“I’ve been pissed off watching for the past couple weeks. No matter if you’re a fan, a player, you guys know what’s going on. You should be pissed off. You should play with a little piss and vinegar. You shouldn’t be happy. We’re not in position we want to be in. We have to work harder, come in and do something about it.”

After Sunday’s game, Miller was was asked his response to Kaleta’s statements, to which he obliged.

“He’s being dramatic,” Miller told the Buffalo News. “We’re not discussing what (Kaleta) says to you guys because that’s just drama and he needs to just grow up.

“He had a stupid play in a game. He sat, he was punished. He has to get over it and move on.”

Having a day to think on his comments, and cool down from the 5-3 loss to the 14th seed in the Eastern Conference, Miller apologized Monday on the team’s website.

“You can get me to say just about anything after a loss like that. I’ve talked to Patty and I’ve actually apologized to Patty. I felt like what I was told he said and what he actually said were two different things. … He’s frustrated he can’t be out there, which is exactly what you’d expect. We’re just gonna try to move on from that.”

“Either way, I probably shouldn’t have handled it that way, but I was frustrated. I think everybody in Buffalo knows I’m prone to say stupid things over the course of the season. I just wanted to make sure that I handled it with Patty and handled it publicly. It wasn’t the right thing to say no matter what, but I feel like it was a little misrepresented [of what Kaleta said] to get me to say what I did.”

The Buffalo Sabres currently sit 13th within the Eastern Conference with a 11-15-4 record. Their playoff hopes are diminishing day-by-day, if there is any hope at all, despite having the eight highest payroll in the league. Early in the season forward Thomas Vanek even lead the league with goals, and still sits 12th overall in points. While the firing of Head Coach Lindy Ruff may have been a step in the right direction, the team is lacking something.

While Miller and Kaleta may be back to being chums, be it for the franchise’s best interest or their own, neither player was wrong in their statements. Both players want to make a difference, to help their franchise win. For the sake of their club, hopefully that raw emotion strikes up something within the club, because as of right now, the Sabres lack the heart to be as good as what they can be.