It about time the Chicago Blackhawks lost. As a matter of fact, they lost two consecutive games. All good streaks have to come to an end some time, and that time was Friday night for Chicago. They had a close call earlier in the week at home against Colorado, but the Av’s were able to rally around four straight goals in the second-period before winning 6-2. 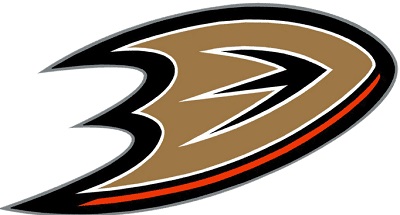 1. Anaheim (LW: 2)- Ryan Getzlaf is now locked up long term. Can Bob Murray do the same with Corey Perry? If not will a deal be made before the trade deadline? One area  of concern I have for them is on the penalty kill, where they rank 28th in the league. If it were as good as their power play unit (best in the league at 27.8 percent), they could make a run at catching Chicago in the standings. This week they travel to Minnesota, Dallas and St. Louis. Monday night against St. Louis is their next chance to earn their 12th straight win at Honda Center.

2. Pittsburgh (LW: 4)- The Pens have yet to lose in the month of March. And once again they will be without Evgeni Malkin as he suffered a shoulder injury. But it’s been Chris Kunitz who has been picking up the scoring since Geno’s injuries. During Sunday’s 6-1 victory over New York Islanders, he tallied a career-high five points (3G-2A). Sidney Crosby had a career night too as he had five assists. Keeping the winning streak up won’t be easy as they have to face Boston twice this week. In between the two are games at Toronto and home against New York Rangers.

3. Chicago (LW: 1)- How the mighty have fallen quickly. Between their two losses the Blackhawks allowed 12 goals. It was the same amount they allowed in the last seven games of the winning streak. I feel that playing seven games in 11 days eventually took its toll on the team. They return to the ice Thursday, expect them to have better form after having three off days. Some people may think this is something worthy of concern, but we must remember that Patrick Sharp is on the shelf with injury. Their record start wasn’t a fluke, they launched themselves as a Stanley Cup contender if everyone is healthy. This week they have a three-game road trip including a Monday night rematch at the scene of their first loss in Denver.

4. Boston (LW: 3)- With a 8-1-1 record, no one has earned more points than the Bruins over their last 10 games. They still find themselves one point behind Montreal with three games in hand. They have the third-best goals-against average at 2.13 goals per game, but they ranked 10th in scoring at 2.91 goals per game. Just imagine if they were able to score more goals? Five games in the next eight days could bring us a more true reading in them as a team. They visit Pittsburgh tonight and Sunday, those are must-see games.

5. Montreal (LW: 5)- Montreal went 3-3 last week on their southeast road trip. They finished their five-game road trip with a 4-1 record, allowing them to maintain their lead over the rest of the East. It didn’t end well for the Habs as Brandon Prust will be out for up to two weeks with a shoulder injury. They return home tomorrow as they host Ottawa. Carey Price has continued to play well for Montreal, as he is tied with Tuukka Rask and Marc-Andre Fleury with 13 wins each.