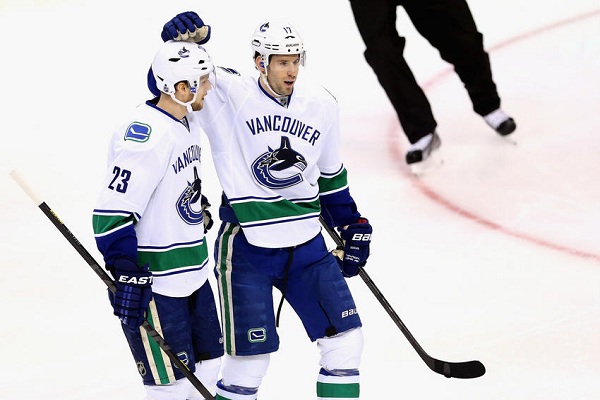 Teams around the league deal with what seems to be more than the normal amount of injuries this season, and the Vancouver Canucks can join that list. Canucks’ forward Ryan Kesler will be sidelined due to a broken right foot.

Kesler missed the first 12 games of the season recovering from shoulder surgery in the off-season to repair a torn labrum. After recovering, he returned to play only seven games before being hurt yet again. In those seven games, he contributed one goal and four assist for five points; two of which came on the powerplay. His new injury is believed to keep him sidelined for a while.

“I assume Kesler will be out for a little while,” Head Coach Alain Vigneault said. “He’s blocked a few shots since he’s been back. That foot had taken two X-rays. He’s been playing. Other than some discomfort he was handling it well.

“Yesterday he came in and told the doctor he still felt a little discomfort so just for peace of mind they decided to do a CT scan,” Vigneault said. “We didn’t get the results we had been anticipating obviously.”

Vigneault confirmed the CT scan showed a fracture, one that may keep Kesler off the ice for four-to-six weeks. While the loss of Kesler will indeed hurt the depth and the scoring of the Canucks, the team should be fine without him.

The Canucks currently lead the Northwest Division with four points above the second placed Minnesota Wild and six points ahead of third placed tie between the Calgary Flames and the Edmonton Oilers. In comparing the divisions within the Western Conference, it is safe to say that the Northwest Division is by far the weakest. Less the Canucks, the remaining four teams make-up the four of the last five placed teams within the conference.