Since the Blackhawks haven’t lost, let’s talk about how this 19-game unbeaten streak can be bad for them come playoff time. Of the last 10 President’s Trophy winners, two have won the Stanley Cup. Can you name those teams? I’ll help you out: it was the 2002 and 2008 Detroit Red Wings squads. Of recent Presidents Trophy winners, three have lost in the first round. On the flip side, Anaheim went the first 16 games of 2006-07 without a loss in regulation, lost out on the President’s Trophy to Buffalo, and won the Stanley Cup. I’m not one to wish a loss on anyone, but maybe losing a few games can help prepare them mentally for the postseason. 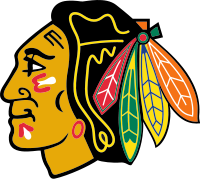 1. Chicago (LW: 1)- The Blackhawks have  good problem to have. With Corey Crawford out injured with an upper body injury, they called on Ray Emery and he only led them to an 8-0-0 record when he’s in net. Earlier this month they had a six-game road trip followed up with seven straight at home. For the next week they alternate home and away contests. Maybe this is the week they fall? I’m predicting a loss Sunday at Detroit if St. Louis doesn’t beat them to it.

2. Pittsburgh (LW: 3)- Outside Chicago, no one else has seen more face time in the Power 5 than the Penguins. How often do you see a team going 11 straight games with a power play goal? That’s more power play goals during this streak than at least 12 teams have had all season. However it is possible they could have a slide on the horizon depending on how they play without Evgeni Malkin. Malkin’s concussion will send Pens fans into an emotional roller coaster as seen with Sidney Crosby. Because of that, the team will handle Malkin with the most extreme caution. Chances are he could return next week, but only time will tell. They head out on the road for games at Florida, Carolina, and Montreal. March could be very nice to them as they will have 10 home games compared to five road contests.

3. Ottawa (LW: NR)- I’m placing the Sens here because of their performance considering who they are without. They have won four straight at home last week without Erik Karlsson (Achilles), Jason Spezza (back), and now Craig Anderson (ankle sprain). Goalie Ben Bishop was named one of the NHL’s Three Stars last week for his performances. Enjoy it while it lasts, Ottawa fans. Because odds are they won’t be able to keep this up for very long. This week they head out on the road for five games. This week they take on Boston, Philadelphia and NY Islanders.

4. Boston (LW: NR)- Boston has their divisional foes right where they want them. After winning four straight on their road trip, they have 24 points after 15 games while division leaders Montreal have 27 points in 19 games. That means the Bruins have four games in hand and are only three points behind. It will be a matter of time before the Bruins will win a couple of games and blast ahead of everyone in the division. The Bruins also have the fewest goals allowed in the league, and as a benefit Tuukka Rask could receive a contract extension. This week the B’s return home for games against Ottawa, Tampa Bay, and Montreal.

5. Los Angeles (LW: NR)- The Kings take the final spot in the power rankings by virtue of their 5-2 win over Anaheim yesterday. It appears that the 2013 LA Kings have reached proper form as they have won four straight and six of their last seven. Their last four wins were by a combined 15-5 score. February 2 was the last time they lost to a team outside the Central division when the Ducks beat them in Anaheim. This week their schedule features visits by Detroit and Nashville with a trip to Vancouver in between.