While it appears there will be hockey the next couple weeks as a new Collective Bargaining Agreement has been reached, players are scrambling to find their way home so they can attend their clubs’ training camps before the 2013 season begins. For some players however, they are still left in the cold as they were free agents when the lockout began in September.

Some were Restricted Free Agents, meaning they weren’t offered a contract from their team from last season and that club had the right to match any offer another team gave said player. Others were true Free Agents, meaning they could go where ever they were desired. The following is a list Cap Geek complied of notable players who won’t have a place to go when training camps begin this week. 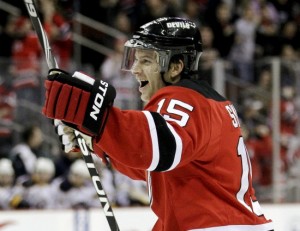 Petr Sykora was a 20+ goal scorer last season. But at age 36, he might encounter difficulty finding a place to play this shortened season.