NHL, NHLPA agree to framework for new CBA to end the lockout

“Don Fehr and I are here to tell you that we have reached an agreement on the framework of a new Collective Bargaining Agreement, the details of which need to be put to paper,” NHL Commissioner Gary Bettman said. “We have to dot a lot of I’s and cross a lot of T’s. There is still a lot of work to be done, but the basic framework has been agreed upon. We have to go through a ratification process and the Board of Governors has to approve it from the League side and, obviously, the players have to approve it as well. We are not in a position to give you information right now about schedule, when we are starting. It’s early in the morning and we have been at this all day and all night, obviously. But, we will be back to you very shortly, hopefully, later today with more information in that regard. 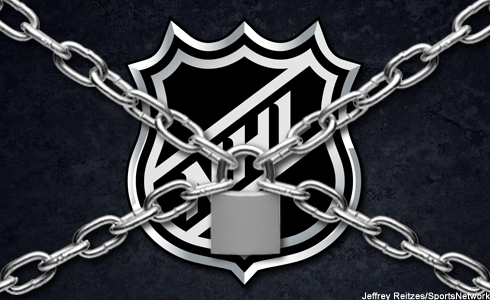 While the framework is in place for the new deal, the process is still far from over. As Bettman stated, the details of the new deal still need to be put to paper with both sides still required to ratify it before a season can officially get underway. However, with the Jan. 11 deadline looming to allow the league to have a 48-game season, which Bettman has repeatedly stated is the least amount of games the league will play, it seems highly unlikely that either side will vote to turn down the new arrangement.

“Hopefully we’re at a place where all those things will proceed fairly rapidly and with some dispatch,” said NHLPA executive director Donald Fehr. “We’ll get back to business as usual just as fast as we can. Hopefully within a very few days the fans can get back to watching people who are skating, not the two of us.”

So what changes can we expect to see in the coming years under the new CBA?

Initially, the upper limit of the salary cap for the first year of the deal will be $60 million, although teams can spend up to $70.2 million. The cap floor will be $44 million.

In year two of the deal, the salary cap will drop to $64.3 million – which was the upper limit for last year’s cap. The salary cap floor will remain at $44 million.

Under the terms of the new CBA, teams are also allowed up to two amnesty buyouts that can be used to terminate contracts after this season and next season. The buyouts will count against the players; overall share in revenue, but not the team’s salary cap. This means that we could see some heavy movement of talent this summer and heading into next season as teams look to eliminate bad contracts and shed salary in order to become cap compliant.

The NHL Entry Draft will also experience a significant change. Each team who did not make the playoffs will now have an equal chance of receiving the number one overall draft pick through the league’s draft lottery system. Where previously the lottery was weighted to favor the teams who finished toward the bottom of the standings, it appears that all 14 teams who do not make the playoffs will enter the draft on equal ground with a chance to win the top choice.

In an attempt to curb cap circumvention, the NHL was pushing heavily for contract term limits during negotiations. The NHL ultimately yielded somewhat to the players and scaled back their initial call for five-year limits on contracts. Instead, the longest term a free agent player can sign is seven years, while a team re-signing a player can ink him to as many as eight years.

In addition, as another measure to keep cap circumvention in check, the new CBA will incorporate limits on how much contracts can vary on a year-to-year basis. The new agreement has a 35 percent variance. However, no contract year can be lower than 50 percent of the highest salary year. To help clarify, if the top year of a contract pays the player $10 million, no other year can pay less than $5 million.

Lastly, the new CBA will be for 10 years with a mutual opt-out option at year eight of the deal. So if either side is unhappy after eight years, they can opt out of the CBA and begin negotiations for a new CBA. While this could eventually result in another lockout in eight years, it could also allow something to occur that didn’t this past time around – negotiations while the season is underway. If either side is unhappy at year eight, hopefully this will jump start the negotiation process after year eight, but still allow the league to continue as normal while negotiations occur into year nine, and possible year 10.

While each side experienced some small victories, the major victory is that the threat of another cancelled season has been all but eliminated. Depending on how long it takes for both sides to get the final agreement drafted, approved and signed, the league could begin training camps as early as this week with games beginning anywhere between Jan. 14 and Jan. 19. Fans can expect to see anywhere between 48 and 52 games this season, with the Stanley Cup likely being awarded in late June as opposed to early June.