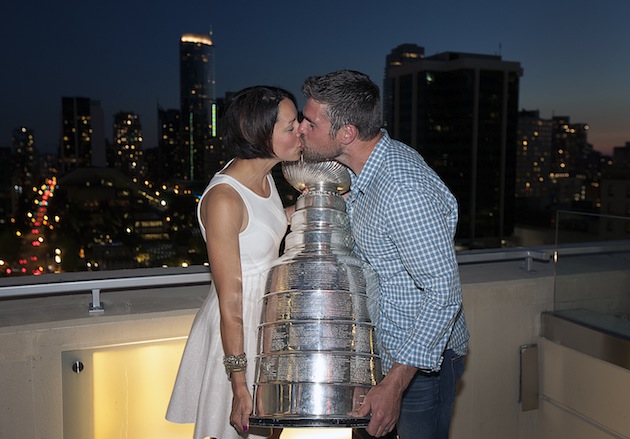 While our NHL Photo of the Day series has taken a hiatus for the summer, we spotted this neat picture taken by Getty Images. It shows Los Angeles Kings defenseman Willie Mitchell and his wife Megan enjoying a night out on the town at the Rosewood Hotel Georgia August 11, 2012 with the Stanley Cup. We have heard stories about the Stanley Cup spending days with players on the winning team in various places like the bottom of swimming pools, on the back of jet skis and golf carts, and even bizarre places even including underneath a baby as they had to potty.