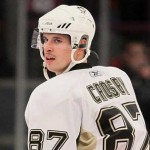 Free agency looms just around the corner, pressuring teams to sign guys before they test the waters. Here is a recap of some of this weeks happenings.

Brotherly Love: Daniel and Henrik Sedin will no longer be two of the more well known brothers on the same team.

The Pittsburgh Penguins and the Carolina Hurricanes worked a trade sending Jordan Staal to the Hurricanes in exchange for Brandon Sutter, prospect Ryan Dumoulin and a first-round pick. The Hurricanes, who have older brother Eric Staal, plans on experimenting during the pre-season by putting the two on the same line. The end result will probably see Jordan on the second line while Eric on the first.

Also, the Toronto Maple Leafs and the Philadelphia Flyers agreed on a deal sending Luke Schenn to the Flyers in exchange for James van Riemsdyk. Brayden Schenn currently plays for the Flyers up front while Luke will man the point.

Risky Extension: No one will argue that Sidney Crosby is one of the elite hockey players in the league. But, you might argue with his recent concussion issues that signing him long-term might not have been the best decision. Regardless, the Pittsburgh Penguins extended a 12-year, $104.4 million dollar contract. Risky business if Sid the Kid rides the pine because of injuries.

The Last Line of Defense: NHL teams are keeping stable in goal. Stanley Cup Champion Jonathan Quick had his contract extended, becoming a franchise player for the Los Angeles Kings. Tukka Rask and the Boston Bruins agree on making him the number one netminder. Cory Schneider and the Vancouver Canucks have agreed in principle on a 3-year, $12 million dollar deal. In with the new and still waiting to be out with the old, Roberto Louongo is still waiting to be shipped somewhere. Many fans still believe Toronto will be the destination.

Martin Brodeur not a Devil: Breaking news that Martin Brodeur has hired an agent, possibly looking to test free agency. What? He has won Stanley Cups already, so is there a need for one more? Or are the New Jersey Devils forcing his hand? More news to follow as it comes out.

Hockey Tape: If you have not read our review of Hockey Tape Online, do so. Hockey tape is hockey tape, so it is said, but you could be saving some money.

That is a little bit of what has happened this week. See you next week.