The impact of a quality goaltender can not be overstated enough. These are players capable of stealing games from their opponents or, at the very least, a quality goalie will give their team more than a fighting chance to win even when the rest of the team isn’t playing their A-game. The Vezina Trophy is awarded “to the goalkeeper adjudged to be the best at his position” as voted by the general managers of each of the 30 clubs. The finalists for this year’s Vezina Trophy are: Henrik Lundqvist, New York Rangers; Pekka Rinne, Nashville Predators; and Jonathan Quick, Los Angeles Kings. 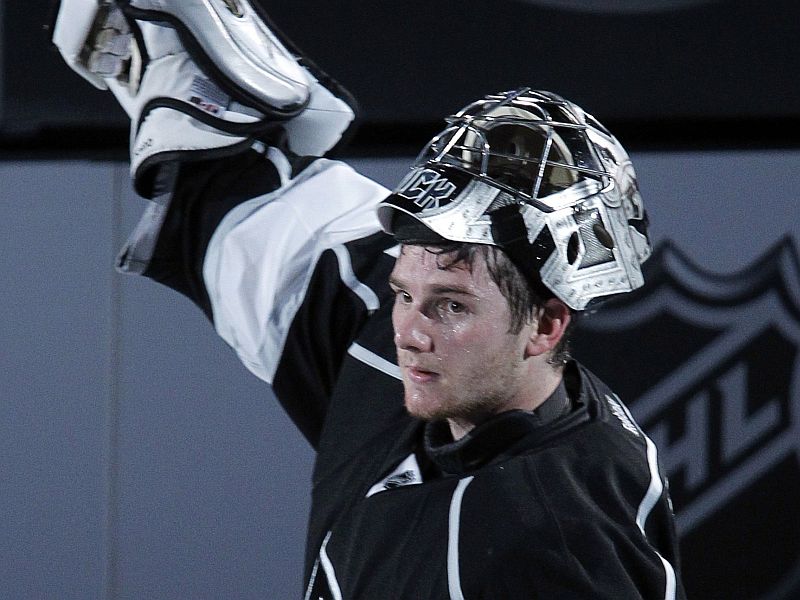 All of these goalies were incredible this season, and all three definitely deserve to be recognized, but I give the award to Jonathan Quick this year. He was one of the best during the regular season, posting a 1.95 goals against average along with a .929 save percentage en route to 35 wins. Then he turned it up a notch and was definitely the best player throughout the playoffs, helping the Kings to win their first Stanley Cup in franchise history. Quick was awarded the Conn Smyth Trophy as the playoff MVP thanks to his stellar play and should definitely get the Vezina as well.

All things considered, this award was voted based on the regular season and on before the playoffs got really rolling. As much as I love Quickie, Hanky was the goalie playing at his best entering the playoffs. He led his team to the best record the Rangers have seen since the glory year of 1994. I’d like to think the increased media awareness he created for himself surrounding the Winter Classic could away enough votes to squeak by Quick. Both of their numbers statistically were similar and the 10 shutouts Quick had is nothing to ignore. But I have a feeling it could be Lundqvist winning the Vezina.

All three goalies are certainly deserving of the trophy. But only one has something the other two do not; the Stanley Cup. Jonathan Quick of the Los Angeles Kings absolutely carried the Kings into and in the playoffs. Fourth most games played amongst goalies with 69, Quick posted an unbelievable 1.95 goals against average. Sure, that stat was only second best to Brian Elliot of the St. Louis Blues, but Elliot only played in 38 games. His stats did not end there, playing in 20 games in the playoffs, Quick had an even better 1.41 goals against average. No competition after you look at what he has done; Quick all the way.