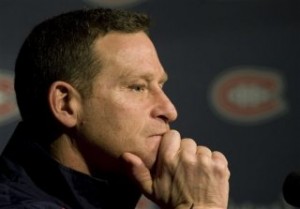 With the end of the NHL season, the attention shifts towards signing players before free agency. Some such headlines are below.

Erik Karlsson – The Ottawa Senators defenseman lead all defenseman in points this regular season, 19 goals and 59 assists to be exact. His 78 point production is 25 more points than second best among defense. Considering Karlsson is a restricted free agent, and last year’s success under new Head Coach Paul MaClean, he should be locked up long-term no problem. Considering 39 year-old Daniel Alfredsson’s contract ends after the 2012/2013 season, he may only sign for a few years at a lower rate, later to be signed for a longer period of time at a higher rate.

Zach Parise– Cross the New York Rangers off your list of potential destinations for Parise. He has expressed interest in staying with the New Jersey Devils, but hey, young and talented, why not look elsewhere? The Devils did have an outstanding performance, but can they do it again next year, let

alone years to come with goalie Martin Brodeur possibly retiring in the next few years? The Devils are on the decline, not on the rise. Money is nice, but losing in the Stanley Cup Finals might just persuade Parise to seek a Cup contender.

Montreal Canadiens – It began with a mid-game trade of Michael Cammaleri to the Calgary Flames and now the drama continues. The team has hired Michel Therrien as their new bench boss. He has matured, but considering he has one of the worst records in recent franchise history, not sure if this was the best move. But in the process of his hiring, Interim Head Coach Randy Cunneyworth was let go. Considering Cunneyworth stepped into a position that you would not wish upon your worst enemy, an assistant position should have been a shoe in. Even more so, the Canadiens did not give Cunneyworth the ability to interview elsewhere, in a job market that is already tough to get in. The Washington Capitals are still in need of a coach after Dale Hunter left to go back to the London Knights, perhaps he will land there. And hey, no French-Canadien speaking required.