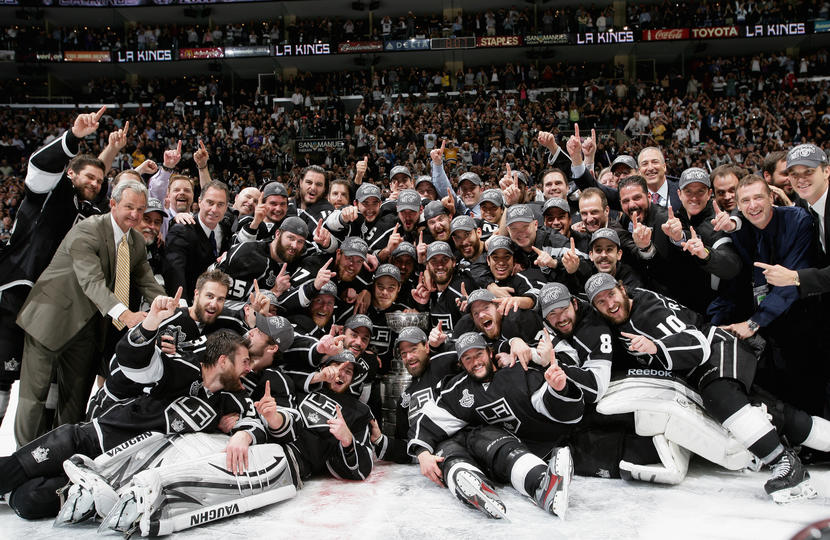 After 45 years, the Los Angeles Kings have celebrated their first Stanley Cup Championship.

Game 6 between the Kings and the New Jersey Devils was expected to be as exciting and close as the first 5 games. Unfortunately for the Devils, that was not the case. Stever Bernier of the Devils took a costly penalty, a 5 minute boarding and a 10 minute game misconduct. The penalty resulted in 3 power-play goals.

Down 3 – 0 after the first period, the Devils could not get out of the hole. At one point in the second period, Ryan Carter of the Devils more or less attacked King’s net-minder Jonathan Quick. The Devils only had 18 shots on goal for the whole game. Their play was undisciplined, and at times, lacking heart.

Focusing on the Champions, the Kings played to win. Having a 5 minute power-play launched a 3 goal campaign and a commanding lead. Dustin Brown, Jeff Carter and Trevor Lewis with the goals. Both Carter and Lewis picked up another goal for two a piece while Matt Greene netted an unassisted one late in the third.

Quick stopped 17 of the 18 shots faced and later accepted the Conn Smyth Trophy as the playoffs most valuable player. Quick had a 1.41 goals against average and a .946 save percentage, a 16-4 record with 3 shutouts. It would be tough to argue against him receiving the award.

For fans, we now have to go out and experience the summer. No more hockey for a while, possibly even longer if CBA talks don’t run smoothly. It has been a good year. Congratulations to the Los Angeles Kings on their Stanley Cup Victory.