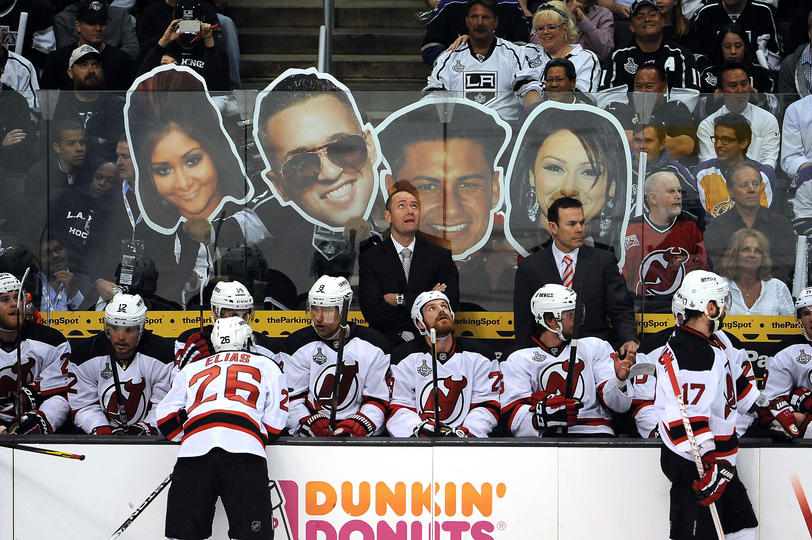 Not much to say about last night’s game between the Los Angeles Kings and the New Jersey Devils besides maybe, domination? The Kings are on an impressive run this playoffs and continued that run with a 4 – 0 win over the Devils. The Devils do have a legitimate reason to be upset on the first goal where goalie Martin Brodeur clearly had the puck long enough for a whistle but one never came. Still, the game must go on but the Devils never did anything to get that one back, even after having a few power-plays right after the goal.

The difference between the Kings, besides a lot, would have to be that the big named guys are showing up. Anze Kopitar, Jeff Carter and Justin Williams all had goals while Dustin Brown, Mike Richards and Drew Doughty all had assists. Goalie Jonathan Quick stopped all 22 shots for yet another shut-out this playoffs.

The Devils’ Ilya Kovalchuk continues to struggle, only 2 shots last night in 21 plus minutes of ice-time. Zach Parise on the other hand had a little better stats with 4 shots, 1 blocked shot and 2 hits. Both had a -1 rating. Could this be Parise’s last season with the Devils? Would you want to sign with a team where their leader, Kovalchuk, cannot show up where he is needed most?

Game 4 is Wednesday night; what do you think the final score will be?