With two teams left, the New Jersey Devils and the Los Angeles Kings, Hockey World Blog writers predict their favorite to win. Sure, the odds may seem to be in our favor, but let’s be honest, this playoffs has been impossibly hard to predict any team to win. 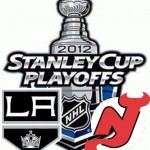 This year’s Playoffs have been quite unpredictable. After correctly picking 6 of 8 in the first round, my luck turned as I went 0 for 4.  Like many, I may think one team might win but at the same time, think whatever I pick is wrong. On one hand you have the Los Angeles Kings who are by far the favorite, much because of the media induced frenzy for them. The New Jersey Devils have taken down some very tough teams and by no means is a pushover. I lean towards the Kings, perhaps falling for the media attention, but also I am a Western Conference fan once my team gets knocked out. I like the Devils, and perhaps if they faced another team I would cheer for them, but the Kings have too much going for them to be stopped.

I thought about taking the Kings in this series, but I figured I would go against the grain and go with the Devils. Martin Brodeur, one of the great goalies of all time, has the chance to ride off in the sunset with his fourth championship. There’s times when experience will trump youth and this appears to be one of those situations. Brodeur is too close to the Stanley Cup to let this slip way. And don’t think his teammates will be even more motivated to erase the dreadful season that was last year and cap one of the best 18-month turn around anyone has seen in professional sports let alone hockey. L0ok for a couple games to go into overtime and for at least one of those to go in favor of New Jersey. If the Kings want to win games, they better do it in regulation. Both teams have been giant slayers this postseason, so neither team will be afraid of one another.

The Kings have had an unbelievable run thus far, and show absolutely no signs of slowing down. Leading the way for the Kings, well, pick your poison. Dustin Brown and Anze Kopitar have been absolutely lethal up front, picking up 16 and 15 points, respectively. In net, Jonathan Quick has been just as deadly as he has allowed only 22 goals in 14 playoff games.

Ilya Kovalchuk and Zach Parise have been good for the Devils, but both are actually minus players in these playoffs. For comparison, Brown and Kopitar are both +13. In fact, only one player on the Kings roster has a minus rating: Kyle Clifford at -1 in only three games played. Meanwhile, Marty Brodeur is a little more beatable than his counterpart, allowing just over two goals per game.

Sure the Stanley Cup Finals will boil down to more than just those stars, but the Kings have the skill, depth and work ethic to trounce the Devils. Expect to see Dustin Brown raising the cup on home ice after a game six victory to seal the deal.

Both the Devils and Kings have experienced tremendous success this postseason, but only one can come out on top. I think that winner will come from the West and the Los Angeles Kings will win their very first Stanley Cup in franchise history. The Kings can match the Devils in offensive depth, but the Kings are a superior team defensively. Kings goalie Jonathan Quick is playing amazing hockey right now and is a huge reason why the Kings are one of the best of all the postseason teams in goals allowed per game and on the penalty kill. This should certainly prove to be one heck of a series, and I expect a lot of bad blood to come from this matchup, but ultimately I believe the Kings will prevail and take home the Stanley Cup.