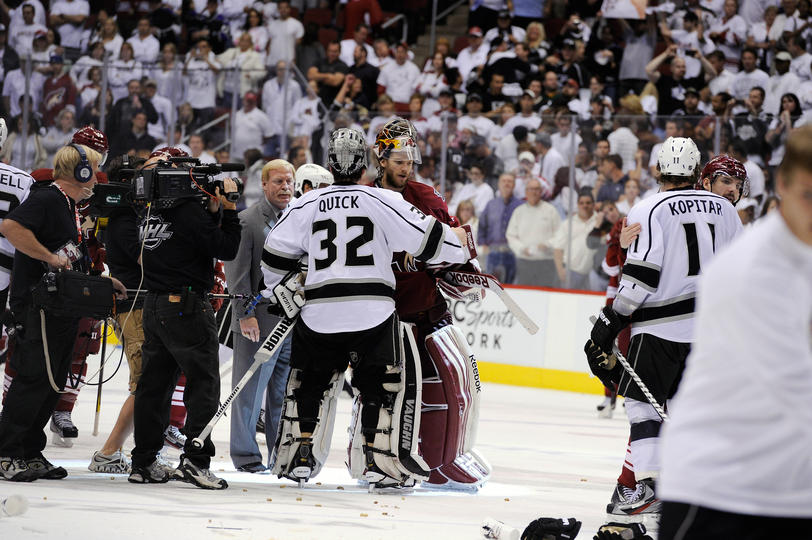 Going blow-by-blow, the Los Angeles Kings have advanced to the Stanley Cup Finals after beating the Phoenix Coyotes. At the beginning of the season, most fans would have never predicted either team would have made it this far. Still, both teams were definitely deserving. Both playing hard-nose hockey at a really fast pace. When one team scored the other countered, going 3 – 3 into the third. No goals scored pushed the play into overtime. Dustin Penner of the Kings had the game-winning, series-winning goal that will allow the team to rest until the Eastern Conference 2 – 2 series is finished. Either going to play against the New York Rangers or the New Jersey Devils, the Kings look very good right now and very well could now be the favorite to win.