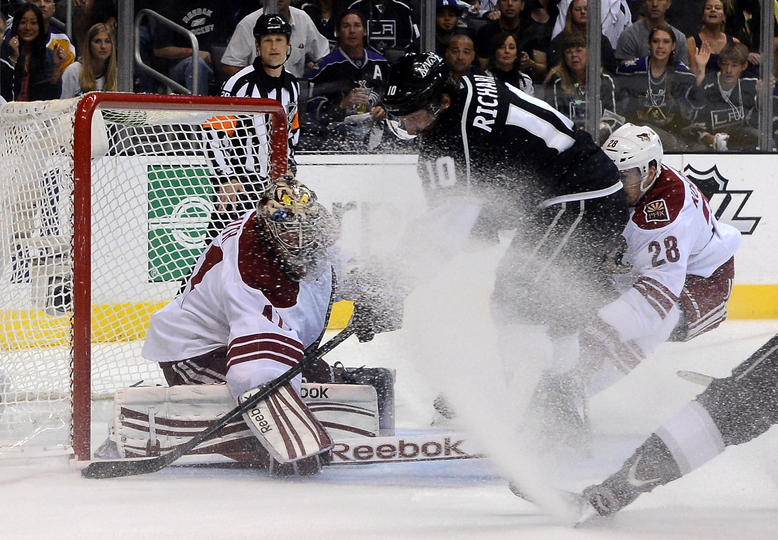 Eastern Conference New York Rangers haven taken a 2 – 1 series lead after winning game three against the New Jersey Devils. The Rangers beat the Devils 3 – 0, sending a message and taking back home-ice advantage in the series.

Not quite home-ice advantage yet, but Western Conference Phoenix Coyotes will live to see another day after beating the Los Angeles Kings in game 4. A prime example of who wanted it more, the Coyotes won 2 – 0 with stellar performance by Captain Shane Doan (2 goals) and goalie Mike Smith (36 save shutout).

The Rangers and Devils play game 4 tonight as the Coyotes live to see another day, going back home to Phoenix to play on Tuesday night.