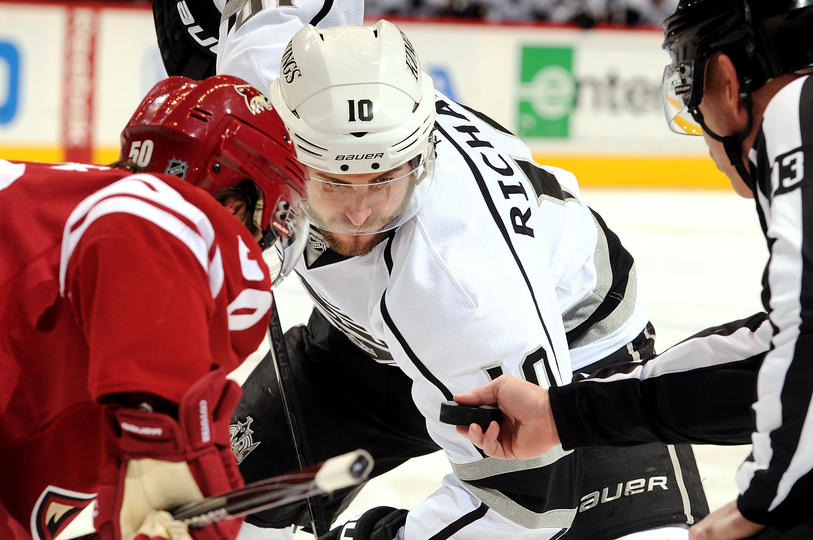 It is not looking pretty for the Phoenix Coyotes as the Los Angeles Kings have won game two, putting them up 2 – 0 in the series. If it was not a do-or-die game for the Coyotes last night, it surely is for game three as they will be traveling to Los Angeles to play. A final score of 4 – 0, Jeff Carter picked up a hat-trick and goalie Jonathan Quick picked up a shutout. Frustrations throughout the game from the Coyotes was apparent, as the Coyotes took a total of 56 penalty minutes to the Kings 24 minutes. Captain Shane Doan and Martin Hanzel of the Coyotes both received 5 minutes for boarding and 10 minutes game misconducts. Disciplinary action could come from the plays.

Mike Richards, pictured above, takes a face-off with the new Bauer Nexus. The Nexus is set to come out June 15th and can be pre-ordered through PureHockey.com. Using coupon code HOCKEYWORLD at checkout gets you 10% off select products in your order.