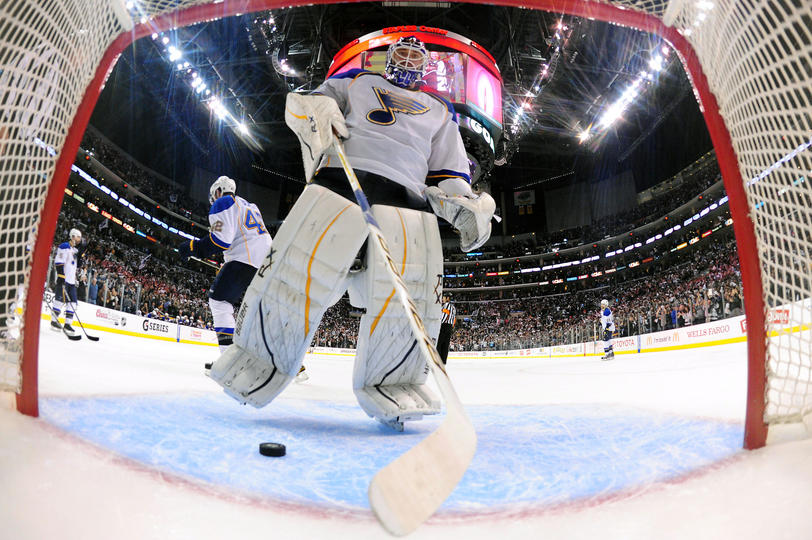 You probably could have been given the match-ups for the second round, asked to pick the winners, and still would have gotten at least two of the series wrong.

The New Jersey Devils took a series lead over the Philadelphia Flyers as Alexei Ponikarovsky netted the game-winning overtime goal. Both goalies have seen better days as Martin Brodeur let in 3 goals on 28 shots (.893 save %) while Flyers’ Ilya Bryzgalov let in 4 goals on 31 shots (.871 save %). If either team wants to be a competitor for the Stanley Cup, their goalies need to step it up.

The big news out of the hockey world is the St. Louis Blues and their disappearing act in the second round. Easily handling the San Jose Sharks in 5 games in the first round, they now see themselves down 3 – 0 in the series against the Los Angeles Kings. Again, it comes down to goaltending as Blues’ Brian Elliott has a .845 save percentage in the series. Game 4 will be played in Los Angeles where the Blues could very well see themselves swept.