IIHF World Championships rosters were announced yesterday and are again laden with top talent from the NHL as several players around the league whose teams were either bounced from the playoffs early or did not qualify opted to step on the ice to represent their country at the annual tournament.

Belarus, Italy, Kazakhstan and Norway are the only four teams in the tournament that will not feature a single NHL player on its roster. The other 12 teams have at least some representation, 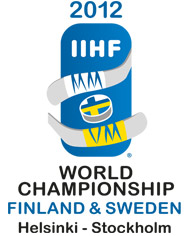 with Canada and the US teams being comprised mostly of NHL talent.

The Detroit Red Wings, who were bounced from the NHL playoffs in the opening round by the Nashville Predators, will be heavily represented in the tournament with Henrik Zetterberg, Johan Franzen, Niklas Kronwall and Jonathan Ericsson all suiting up for Team Sweden while goaltender Jimmy Howard will backstop Team USA and Pavel Datsyuk will play for Team Russia.

Team Finland, the defending champions, are not amongst the more star-studded teams in the tournament. Only a handful of NHL players will suite up for the Finns, including goaltender Kari Lehtonen, Jussi Jokinen and team captain Mikko Koivu. Top prospect Mikael Granlund will also play for the Finns.

Pittsburgh Penguins superstar and NHL leading point scorer Evgeni Malkin will also suite up for Team Russia, although the likes of Alexander Ovechkin and Ilya Kovalchuk will not participate due to their participation in the NHL playoffs with their respective teams.

The opening round will kick off May 4 with games taking place in Finland and Sweden. The preliminary round of games will continue through May 15. The Quarter-Finals will resume on May 17 with the Semi-Finals set for May 19. The Bronze Medal and Gold Medal games will take place the following day on Sunday, May 20, to wrap-up the tournament and crown a champion.