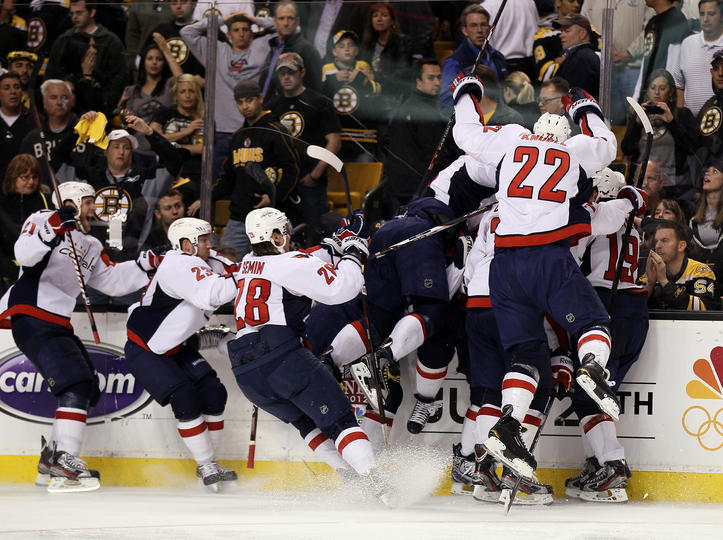 Another team wins as another team loses, and once again, another unforeseen powerhouse knocked out. The defending Stanley Cup Champions Boston Bruins fell to the hard work of the Washington Capitals. After going three periods with a 1-1 tie, the team took it into overtime. The difference between the NHL and any other league is how a turnover can kill you. Trying to dump the puck in at center ice, the puck bounced back for a two on one. Mike Knuble of the Capitals took a shot and Joel Ward cleaned it up for the game winning goal.

Credit has to be given to Tim Thomas who played phenomenal throughout the series. Unfortunately for him, his team could not score. Equal, if not more credit, goes to Washington Capitals goalie Braden Holtby. Playing only 7 games in the regular season as his time was spent with the Capitals minor team the Hershey Bears, Holtby has a 2.00 goals against average and a .940 save percentage for this year’s playoffs. When people talk about the X-factor, Holtby is a prime example.

You start to winder if Head Coach Dale Hunter is working his magic. Alexander Ovechkin is playing his lowest minutes in the playoffs, the team is shutting down the middle of the ice, and they are winning.