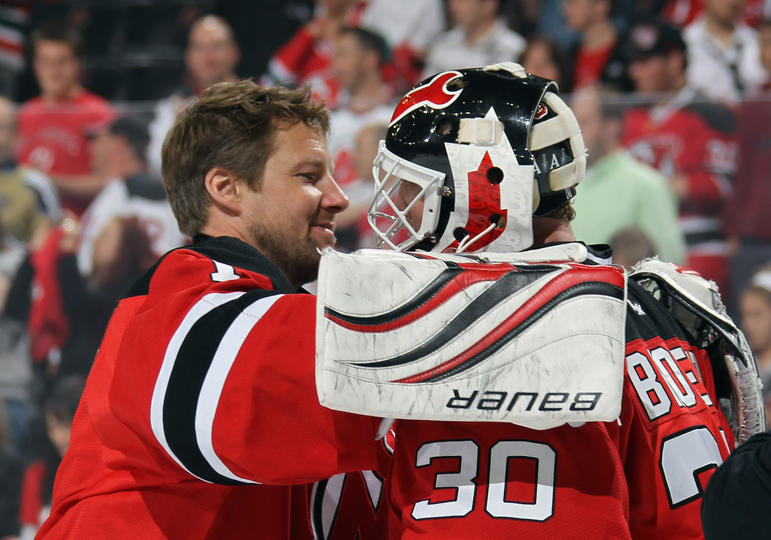 The New Jersey Devils tied their series between the Florida Panthers after winning 4-0. The win was a milestone as netminder Martin Brodeur recorded his 24th Stanley Cup Playoff shutout. Brodeur made 26 saves on the night, some unbelievable. He now holds the record by himself, surpassing Patrick Roy.

In other games, the Washington Capitals tied their series between the Boston Bruins at two a piece. Another low scoring game of a 2-1 final with Alexander Semin picking up the game winner.

The Phoenix Coyotes and Chicago Blackhawks reached another overtime, and again, Mikkel Boedker of the Coyotes scored another weak goal on Corey Crawford of the Blackhawks. Credit to Boedker for going to the net and working hard, but Crawford was weak on the last two overtime goals. You kind of feel bad for him as he knows it and everyone else knows that he should of made the save.

And lastly, the St. Louis Blues have taken a 3-1 series lead against the San Jose Sharks after a 2-1 win last night. It seems almost over for the Sharks who will travel to St. Louis on Saturday to play.