Bauer Hockey’s new Nexus line of gear is creating quite a buzz on the internet. The new Bauer Nexus 800 skates will only add to that buzz, and create additional excitement leading up to their release in June, 2012. The Bauer Nexus 800 skates will be a step below their top of the line skate, the Nexus 1000, but will still provide you with an exceptional product. It’s looks are going to be dialed back quite a bit compared to the Vapor and Supreme lines, as the Bauer Nexus 800 went pretty minimalist with the styling. This is great for players who just want a functional skate, and not one that is overly loud on the ice. You can also see in the picture below that Bauer is using a thick white felt tongue on the skates, similar to something you might find on a Graf skate. Bauer will be sticking with the Tuuk Lightspeed holder on the Nexus 800 skates, as well as LS2 steel runners.

What do you guys think? Will you be picking up a pair of Bauer Nexus 800 skates when they are released? 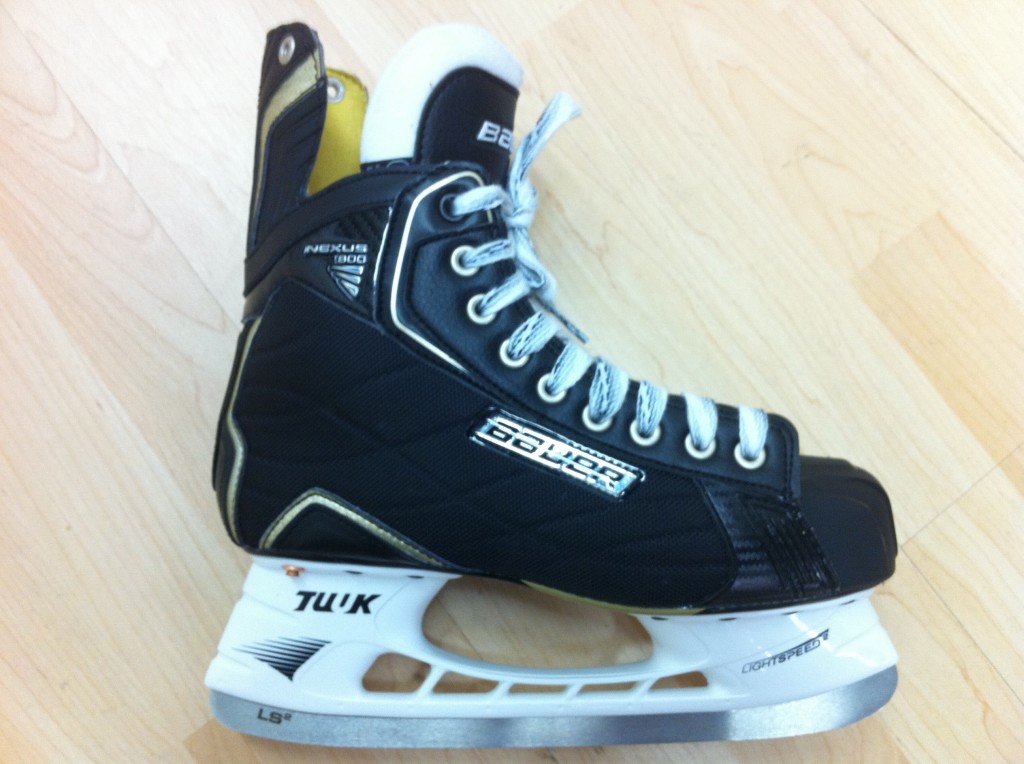