Game 7 Breakdown: Canucks vs Bruins by the numbers 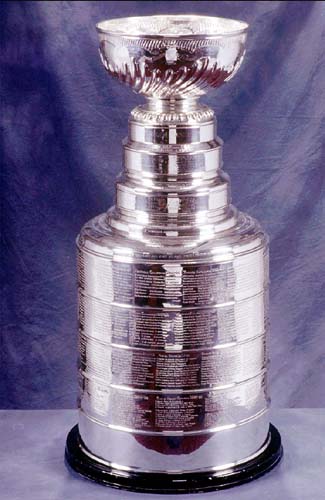 The Stanley Cup was in attendance yesterday evening at the TD Banknorth Garden in Boston, but the Bruins were determined not to let the visiting team celebrate winning the trophy on their home ice. After chasing goaltender Roberto Luongo again with a four-goal barrage in the first period, the Bruins were able to keep the Canucks at bay with a 5-2 victory and will look to clinch the Stanley Cup during a Game 7 showdown in Vancouver on Wednesday night.

This series is so evenly matched that the Vancouver Canucks and Boston Bruins have identical records throughout the Stanley Cup playoffs in terms of games played and wins and losses at home and on the road, which is an incredible feat. But the difference maker so far in this series has been home ice advantage. Each team has won every game on home ice throughout the Stanley Cup Finals, which will definitely be a factor in Game 7 and could bode well for the Canucks’ chances of winning the Stanley Cup.

Both teams have an incredible 77 percent winning percentage on home ice. Of the 13 home games that the Canucks have played throughout the playoffs, the team has won 10 and only lost three. Of those 10 games, nine of them have been one goal games in which Vancouver walked away victorious in seven of them.

The Bruins, however, have a 45 percent winning percentage on the road winning only five of their 11 away games throughout the playoffs.  Offense will be the key for the Bruins in Game 7. Boston is undefeated in this year’s playoffs in games where they score five or more goals. They have also won 10 of the 11 games in which they scored four or more goals.

Unfortunately, Boston’s offense has been much more potent at home this season as the Bruins have only scored four or more goals on the road four times and have tallied five or more in just two of those contests. The team’s one loss when scoring four or more goals came on the road when they lost to Tampa Bay by a score of 5-4.

The Canucks played hard throughout the regular season to get to this point – home ice advantage during Game 7 of the Stanley Cup Finals. And home ice very well could be the key to victory for the Canucks. Vancouver has a great winning percentage at home while Boston has a subpar record on the road. Vancouver seems to tighten up defensively on home ice and keeps the opposition’s offense in check, which the Bruins will need to break through and score in bunches if they intend to win the Stanley Cup in Vancouver on Wednesday. Vancouver has the numbers on their side, but in a Game 7 anything can and will happen. If nothing else, it should be an incredibly exciting game to watch.