November could be pivotal month for Red Wings

After a dismal showing in October, the month of November may prove to be one of the most important stretches of games that the Detroit Red Wings will have all season. 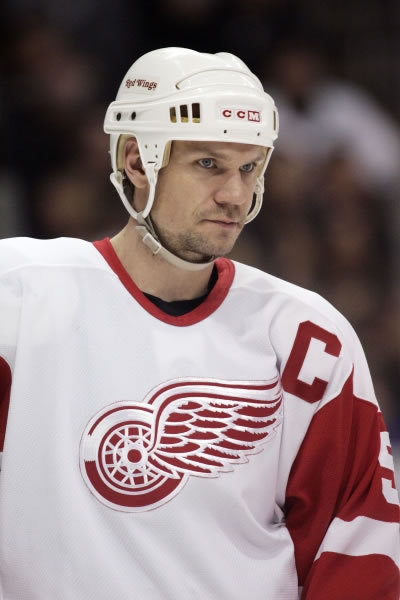 The Wings managed to scrape by in October accumulating a 5-4-3 record and 13 points, landing them 19th in the NHL after 12 games. Key injuries early on hampered this team as they lost goal scorer Johan Franzen to an ACL injury until March and a broken wrist claimed Valteri Filppula, who Wings coach Mike Babcock has continuously praised as the Wings most consistent forward,  until mid-December. Mental lapses in defense and inconsistent goaltending also attributed to the Wings’ sour play.

November is when the Wings can look to turn it all around. Nine of the Red Wings’ 14 games this month will take place on home ice. Despite a lackluster October, the Wings had success at Joe Louis Arena as they took seven of a possible eight points on home ice (not counting the “home” game in Sweden). If that trend continues, the Wings will look to bounce back playing in front of the home crowd more often throughout November.

Nine of those games will be against conference and division rivals. These are the games that the Red Wings need to secure points in if they are to stay in the hunt for a playoff spot. Eight of the opponents that the Wings will see currently fall below them in the standings. While that isn’t always a great indicator to who will win or lose, the Wings do have a tendency to ease up against lesser opponents – another trend that needs to stop if they are to stay competitive in the standings. However, the Wings did manage to put together solid efforts against better opponents like the Chicago Blackhawks and Washington Capitals in October.

The San Jose Sharks will most likely be the biggest challenge of the month when they come to the Joe on November 5th. The Wings were able to hold Ovechkin to just one assist and keep Backstrom and Semin off the scoresheet when the Wings hosted the Capitals. They will hope to contain Joe Thornton and Dany Heatley in much the same way. The Wings will also host Marty Turco and the Dallas Stars twice this month. The Stars are playing good hockey so far, but Turco has a terrible record both against the Wings and playing at the Joe. Detroit certainly hopes to capitalize on Turco’s bad track record and get a couple W’s from those meetings. With Nashville, Atlanta, Anaheim, Florida and Toronto also on tap in November, the Wings should be disappointed if they bring home points in any less than ten games this month.

It’s  time for the Wings to shake off their rusty start. They have put together solid efforts sporadically, but their effort level needs to be more consistent. There’s no better time for the Wings to surge forward than in November against division rivals like Nashville and St. Louis and against weaker opponents like Florida, Atlanta and Toronto. It’s still early, but November could prove to be a pivotal month for the Wings and help set the tone for the rest of the season.