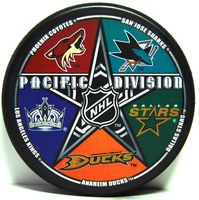 With a 1 point spread between 4 out of the 5 teams, the Pacific Division is the tightest division among the NHL thus far.

Although the season is still at the beginning of its long enduring length, every game matters. The Pacific division is currently the closest as first place is only a 1 point spread among the four teams out of the five.

The Sharks are the favorite to win the division, but in the early running they are not where many expect them to be. The scoring is there as they have one of the top goals for (35), but beating a team 7-3 in one game and losing 1-4 another is not going to cut it. Consistency is key and the Sharks need to play hard every night for them to produce as many expect.

Dallas Stars tie first at 4-2-3 for the season totaling 11 points.

The Stars are shaky in the early going. They seem to win a game, lose a game, no real streak yet. Veteran players Mike Modano (Center) and Jere Lehtinen (Right Wing) are on the injured reserve, as well as Brad Richards (Center) is currently day to day. Brendan Morrow, James Neal and shifty Mike Ribeiro lead the charge, however with all the firepower in the world, if you do not have a goalie that is playing well don’t expect any wins. Starter Marty Turco only has 2 wins in 7 starts. Sure he has a shutout, but that seems to be overlooked by his 3 overtime losses.

Phoenix Coyotes are currently tied in third place with a 5-2-0 record for 10 points.

The Coyotes are currently surprising many fans that seem to associate the loss in revenue from ticket sales with the teams play, but not for the reason of poor management. The team is second in the division with one of the lowest goals for at 18, but when goaltending only allows 10 goals against with 2 shutouts, a team can get on by for the time being. Who knows what the future holds for the organization, but when nothing is expected of you it tends to ignite something from within.

Where did this team come from? They once had a 4 game winning streak, and after winning the other night against Dallas, they hope to beat that streak with their upcoming games. Veteran Ryan Smyth leads the team in scoring. Some may feel that he is trying to break the Olympic roster and he is playing with more drive this season. Whatever the reason, he is doing the things he needs to. The face of the organization, Anze Kopitar is also off to a good start as he is currently tied in points for the lead with 13. Controversy is stirring though within the organization as head coach Terry Murray gave a good media tongue lashing to Alexander Frolov and his poor play and lack of effort. Frolov is an unrestricted free agent, so the Kings hope his benching and his capability being dragged through the mud will turn him for the better. He better, otherwise expect his stock to go down as well as his bank roll. The only possible danger with the team is goaltender Jon Quick. Sure he has a 5-3-0 record in 8 starts, but his save percentage finally reached .900 after last night’s game.

anaheim ducksLos Angeles KingsPacific DivisionPhoenix CoyotesSan Jose Sharks
← Previous Story Is the love story between the media and the Penguins finally over?
Next Story → Datsyuk Returns, Tavares Shootout Glory and Frolov to be Traded?